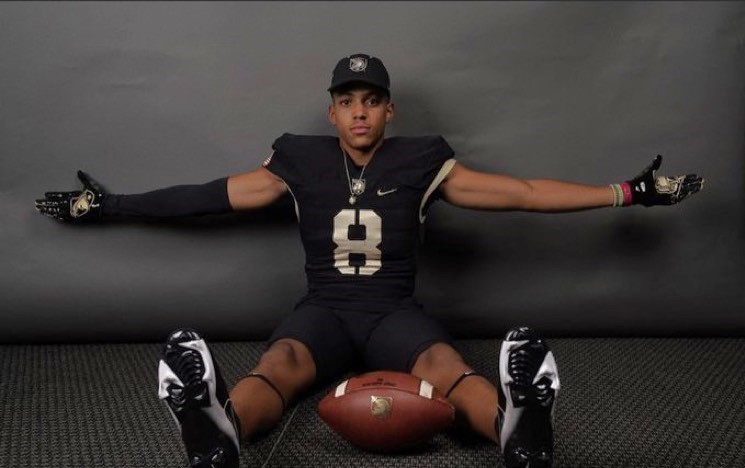 Matt Joines has his service-academy options when choosing a college football home.

Joines is one of more than 170 Class of 2023 recruits that have received offers from Army, Navy and Air Force.

The East Forsyth (N.C.) safety visited only one before making his decision. Twice.

Army was the most consistent in recruiting Joines.

“They (Army) were my first offer (in March) and ever since then we talked just about every week,” said Joines who committed to coach Jeff Monken and the Black Knights Friday. “They invited me up there twice and both times, I enjoyed it so I ultimately decided that was the place I wanted to go.”

Joines said he was drawn to the “environment, facilities and brotherhood,” during his visits.

“The coaching staff made my commitment feel right because they seem like people I would want to play for,” Joines said. “They are good guys and I feel like they are going to help me play my best.”

Joines is the second member of his family to commit to Army. His older brother, Chris, committed to Army during pandemic in 2020. He was medically disqualified for a food allergy. Chris is now a freshman defensive back at Mercer. Matt said his recruiting was separate from his brother’s.

“My brother committing there didn’t play too much of a role because he committed during COVID so he never got to visit or anything,” Joines said. “I didn’t meet any of the coaches through him before so I don’t think that was much of a factor.”

Army is getting an athletic talent in Joines, who is 6-foot-2 and 180 pounds. Joines was all-conference in basketball. He made 81 tackles, had two interceptions and knocked down five passes to East Forsyth to a 11-2 record as a junior.

Offered by Navy and Air Force: 7