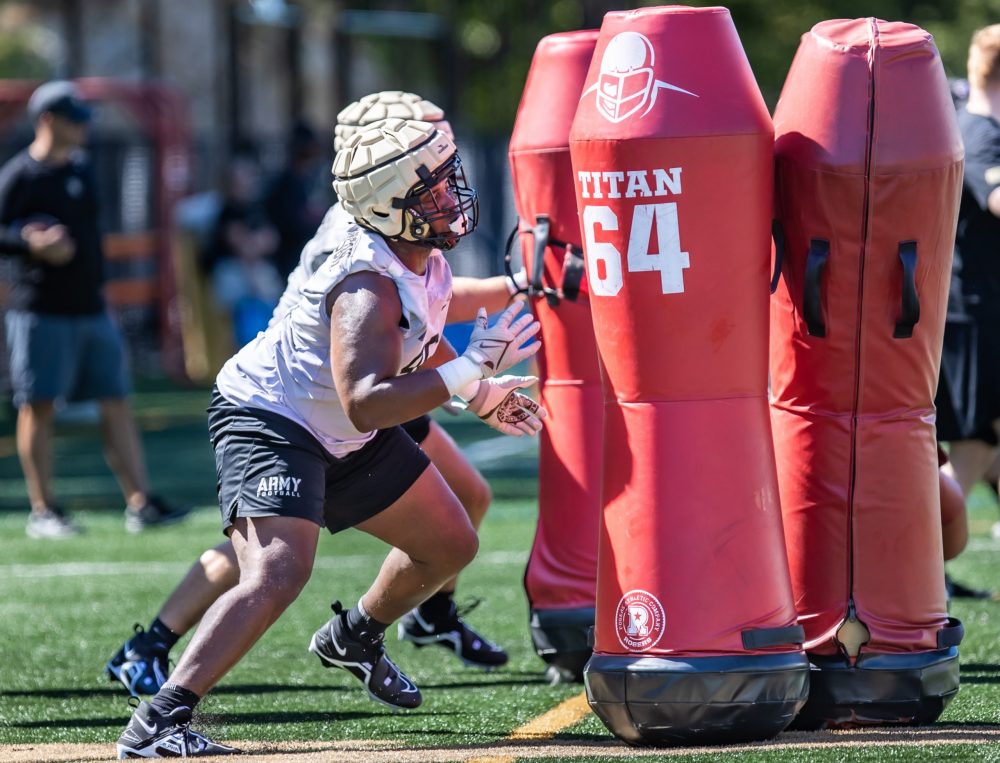 Day one of Army’s preseason practice was in the books when captain Marquel Broughton was asked his highlight.

Broughton, who is entering his third season as a starter, didn’t mention a moment on the field. The safety brought up the vibe in the locker room before practice.

“Everyone was ready 10 minutes before (they were allowed on field),” Broughton said. “Everyone was excited and ready to get out there. That’s the highlight to me. It shows how much people have invested over the summer and how much they truly want to be out there and get better.”

Broughton and co-captain and senior center Connor Bishop both described this edition of the Black Knights as “hungry” coming off a 9-4 season. Coach Jeff Monken wants to see a desire to improve daily from his players.

“We have that workman’s mentality to go out there and get it done on the practice field and get ready to play,” Bishop said.

Army is one month away from its season opener on Sept. 3 at Coastal Carolina with some questions to be answered in the preseason. Graduation of a talented senior class left opportunities for players to step up in the spring and now the August heat.

One of the position battles to watch is inside linebacker where three-year starter Arik Smith graduated. A good sign Wednesday was junior linebacker Spencer Jones on the field after missing the spring, recovering from an injury. Jones will compete with senior Peyton Hampton, junior Leo Lowin, sophomore Kalvyn Crummie and others.

One year ago, it was Andre Carter, who took advantage of his chance. Carter, who was limited in practice Wednesday, became Army’s first all-American since 1990 and the academy’s single-season sack leader.

Who will step up over the next few weeks and make their mark?

Broughton said he saw a lot of potential in the Black Knights’ morning session and then quoted defensive coordinator Nate Woody from earlier in the day.

“If you don’t turn that potential into anything, it’s a waste. I seen a lot of excitement and everyone very excited. We were definitely running hard and we were doing everything that we needed to do in terms of effort wise but at the end of the day, we have to do our job and know our job. I think that’s what camp is for and we are getting at that.”

Asked what the team’s motivation was in the offseason, Broughton spoke three letters, “CIC.”

Army retained the Commander in Chief’s trophy last season as a result of splitting with Air Force (win) and Navy (loss).

“That’s our plan,” Broughton said on winning the trophy outright by defeating both Navy and Air Force. “That’s what we want, that’s our motivation. There’s two things that we have to do to acquire that and that’s the plan.”