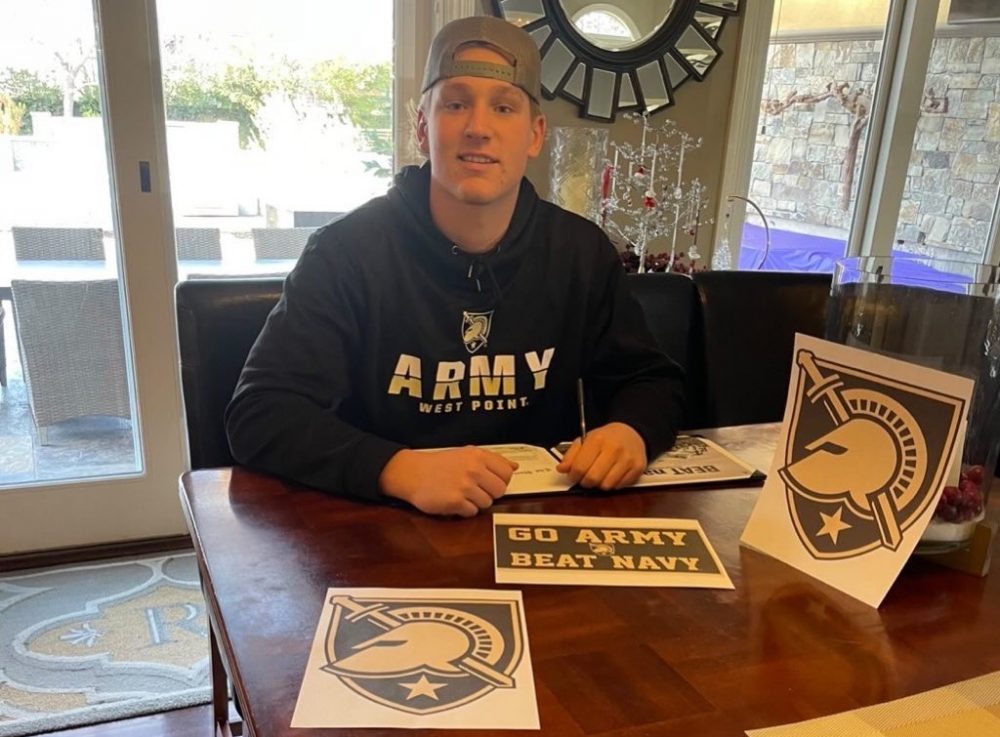 When Monken didn’t answer, Rothstein reached out to Sean Cronin, his recruiting coach with his commitment. The Amador Valley (Calif.) tight end then let Matt Drinkall, his position coach, know.

The weekend before Wednesday’s Signing Day, Rothstein was a member of Army’s 2023 recruiting class. He didn’t announce the commitment until Signing Day. Rothstein wanted to tell the other programs that offered him, including Air Force, San Diego State and San Jose State that he picked the Black Knights rather than the coaches seeing a post.

“I chose West Point because of its staff, the caliber of people I will be around and how this is an opportunity only so many will ever get,” said Rothstein, who is 6-foot-6, 235 pounds. “I’ve also wanted to serve my country.”

Army was the first school to offer Rothstein before his senior season. Air Force was next to offer followed by in-state San Diego State and San Jose State, who both wanted him to play defensive end. Rothstein had put in the offseason work to excel on both side of the ball his senior year.

Rothstein said he was going to commit to San Diego State but, “it just didn’t feel right for me.”

“Being in that environment and being a part of something bigger than me is what sold it,” Rothstein said. “Such prestige and honor in that game and I’m blessed that I have been given this opportunity.”

Rothstein said he’s coming into West Point as an athlete, “they (the coaches) will see where I will have the highest ceiling.” He will the first in his family to attend West Point. Rothstein has family members, including his grandparents, who have served in the Air Force, Navy and Marines.

Army had a handful of 2023 recruits decommit over the last week.