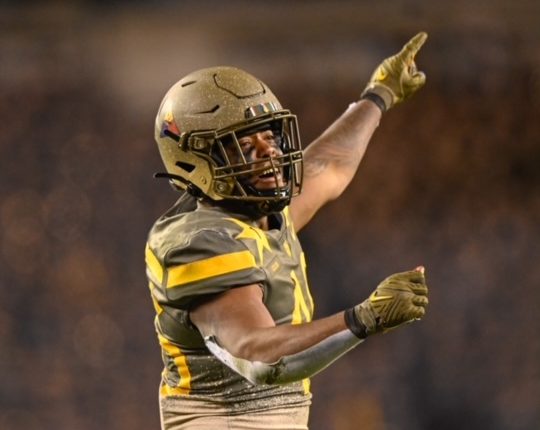 What was the play of the year for the 2022 Army football season?

Army’s goal-line stand in double overtime vs. Navy? Noah Short’s punt block and Jabril Williams’ TD against the Midshipmen? Isaiah Alston’s one-handing catch with a UMass defensive back all over him? Tyrell Robinson’s punt-return TD against Villanova that broke a 15-year Army drought?