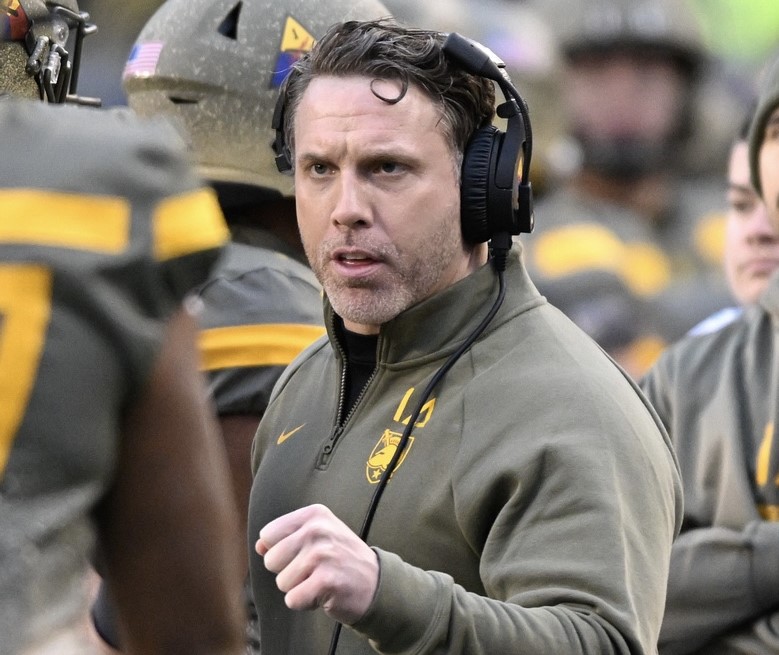 Black Knight Nation reported the hiring of Thatcher, who was Nebraska-Kearney’s offensive coordinator and quarterbacks coach for the last four years, earlier this week. Thatcher, a former wide receiver at New Mexico State, guided Nebraska-Kearney to 402 yards and 33 points per game this past season, 450 yards and 34 points per game in 2021 and 4,115 rushing yards and 45 touchdowns in 2019. UNK was 25-11 over the three season.

Viti, a 2007 Army team captain who finished his first season as offensive line coach, has been promoted to assistant head coach for offense.

Worley, who has led Army’s quarterbacks during the last three seasons of multiple starters, had added run game coordinator to his title.

Army’s offense is expected to shift from the flexbone under Thatcher’s scheme.

Former offensive coordinator Brent Davis, who led Army to be one of the top rushing teams in his nine years on staff, is not expected to return.