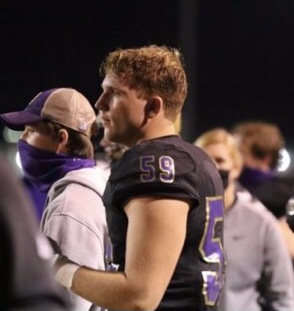 Bridger Knee’s Army football knowledge was limited before he was recruited by the Black Knights and assistant Cortney Braswell.

Knee was aware Army had a winning program with a strong culture through watching a few games. He learned more during Saturday’s virtual tour of West Point and Army’s facilities.

The tour proved to be the turning point in Knee’s recruitment, which included offers from Ball State and Utah State. Knee, a 6-foot-2, 250-pound defensive tackle who will attend Baylor School in Chattanooga this fall, committed to Army around noon Sunday.

“I had eight Division I offers at the time of my commitment and what really led me to Army was the brotherhood and opportunities the academy would allow me later in life,” Knee said. “There is no other place like it.

“After that (virtual tour), I knew I was ready to make my decision. The coaches have been awesome and extremely involved in my recruitment. Coach Braswell especially has been great.”

There’s a connection between Knee and Braswell. Braswell played and starred at Baylor School. The Chattanooga, Tenn. prep school is also the alma mater of former Army linebacker Ryan Parker.

Knee said he liked the virtual tour’s, “overall smoothness” and was impressed by Army’s facilities. He will get an in-person look at West Point on a visit June 10-12. He is Army’s second commit of the 2022, joining defensive end Chase Fambro. Knee made 60 tackles, 10 for a loss, in his junior season at Bowling Green (Ky.) High School.

In other recruiting news, North Davidson (N.C.) kicker Jake Marion will not be attending West Point this fall. Marion announced Sunday that he will playing for Georgia State. Army and Georgia State open the 2021 season in Atlanta on Sept. 4.