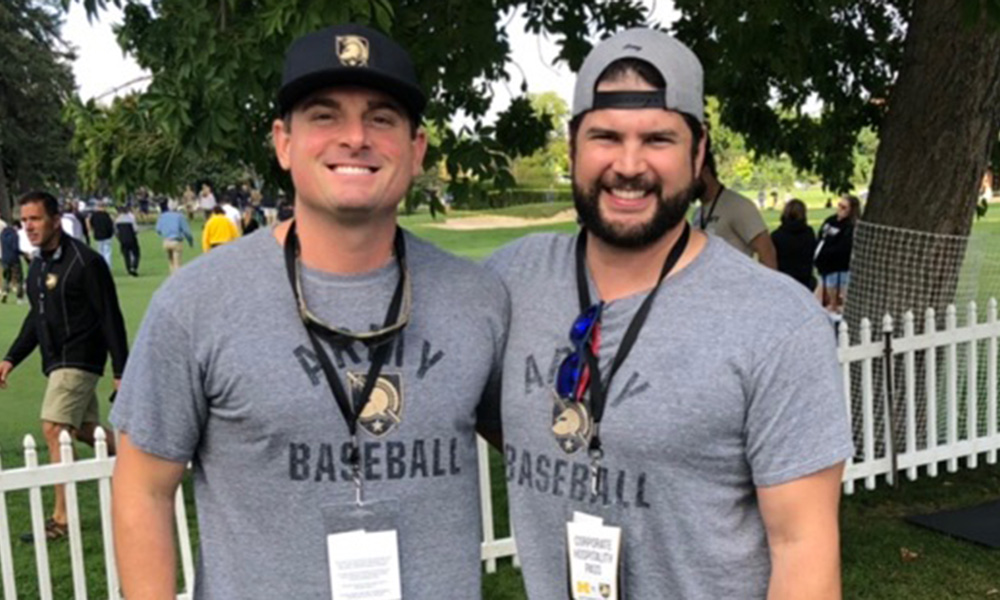 Milan Dinga will take his place for the start of the KEYS100 at 6:06 a.m. Saturday in Key Largo, Fla.

Ahead of Dinga will be the former Army baseball star’s longest run of his life – a 100-mile ultra marathon that he will have 32 hours to compete.

If Dinga needs any motivation to get through the final miles in Key West, he’ll think of the cause he is running for. Dinga is raising money for the Johnny Mac Soldiers Fund, a nonprofit organization that provides educational scholarships to veterans and military family members with a focus on children of fallen or disabled soldiers.

“It’s awesome to give the gift of education to kids and not only to just kids but kids whose parents paid the ultimate sacrifice and are disabled veterans,” Dinga said. “That motivates me even more that I have 100 miles to finish.”

Since Dinga decided to run the race in January, he’s logged more than 600 miles in training. Dinga’s longest race to this date is 47 miles that took 10 hours to complete.

“A lot of it is mental,” Dinga said. “I was able to get through West Point and do OK there so I’ll be able to finish this thing and we’ll do it for the Johnny Mac Fund.”

Dinga’s connection to the Johnny Mac Fund is through Army baseball. Jack Picciuto was the baseball team’s officer representative when Dinga helped the Black Knights to 131 wins in his four seasons (2004-07). Picciuto’s wife, MaryEllen, runs the fund and was a West Point classmate of John McHugh. McHugh, who was killed in action in Afghanistan in May 2018, was the inspiration for the charity, which has raised more than $20M in scholarship funding to 3,000 military kids in all branches of the Armed Forces.

“I’ve been fortunate enough to go to a couple of their (Johnny Mac Fund) galas and just see the phenomenal work that they are doing,” Dinga said. “I got a chance to meet the scholars that have benefitted from the foundation.”

The idea of running his first ultra marathon originally started as a way to top former Army star pitcher and teammate Nick Hill. Hill has taken up running and had completed a 50-mile race.

“Nick had done an Ironman and being the competitive guy I am, I said, ‘Nick has done a 50 (miles) so I said I’m going to try and do 100,'” Dinga said. “Prior to a year ago, I had done one marathon. I had signed up for marathon with my old West Point roommate Matt Vargas. I picked him up from the Raleigh-Durham airport and said, ‘We are doing a marathon (26.2 miles) in two months. We ended up pushing through with terrible time but we did a marathon. I said, ‘OK, that’s my marathon and I can check it off the list.'”

Dinga, an outfielder and closer on some of the Black Knights’ most successful teams, is one of more decorated and versatile baseball players in Army’s history. His 27 career saves are still tied for the academy record. Dinga’s 257 career hits rank second. His 15 triples and 25-game hitting streak in 2006 top Army’s all-time lists.

To this day, Dinga, a 10th round pick by the Angels in 2007, credits the teammates that he played with for his individual accomplishments over praising himself.

Dinga has one more deal to close this weekend. Getting to the finish line.

“They say in a 100-mile race, you test the limits of the human soul,” Dinga said. “You really test who you are so I’m looking forward to it on a personal side, it’s a challenge to me as to what can I achieve.