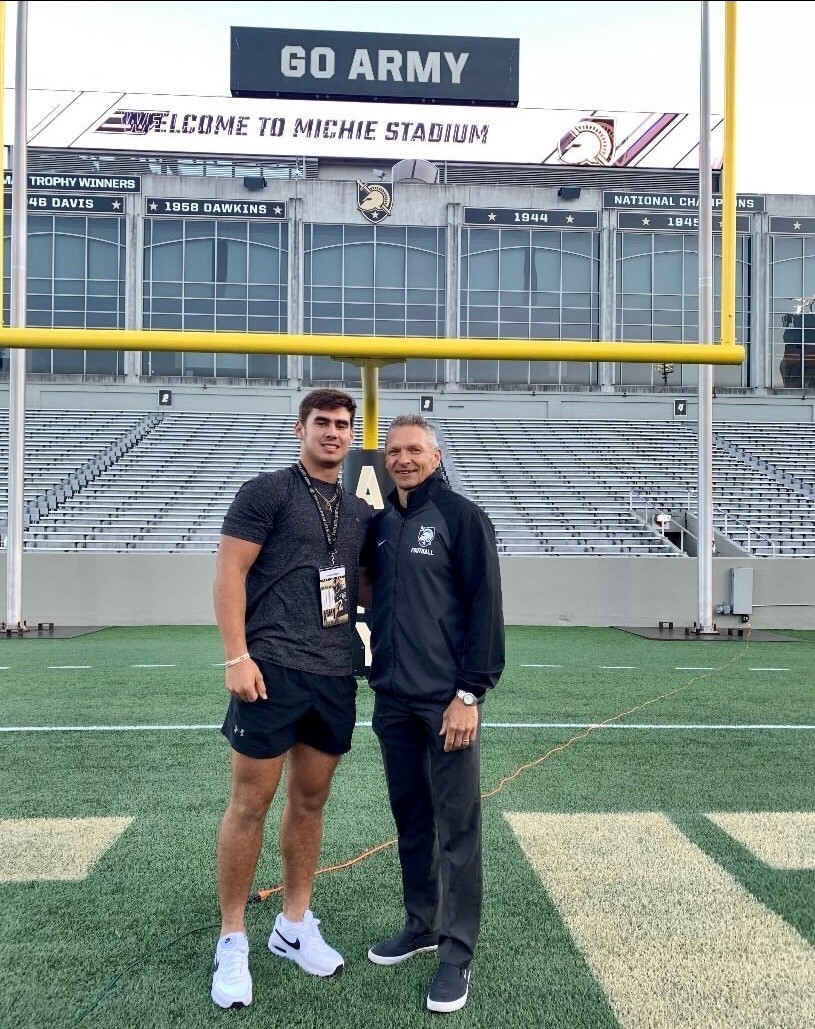 Holden Sapp was finishing up middle school when he started taking interest in the Army and potentially serving the country.

Sapp chose to attend Benedictine Military School in Savannah, Ga. his freshman year. It’s a decision that Sapp doesn’t regret. Benedictine only increase his Army interest. And, uniforms, a proper hair cut and shave and drilling were requirements.

When the linebacker graduates from Benedictine in the spring of 2022, Sapp will definitely be prepared for his next four years on and off the field.

“Leadership has always been important to me and at West Point, I can continue to develop my leadership skills to the next level,” said Sapp, who is from Guyton, Ga. about 35 minutes from Savannah. “It would be an honor to serve and protect my country.”

Sapp visited Army and received an offer in late July. It was the first time that Sapp had visited West Point. Sapp said he, “was impressed by everything.”

“After my unofficial visit, I knew it was home,” Sapp said. “I was overwhelmed by everything that Army had to offer and I knew I could fit right in.

“I pretty much knew then when I went but I wanted to talk it over with my family.”

Sapp, who has no prior military in his family, was recently selected to the Georgia Class AAAA preseason all-state team. He was the Region 3 Class AAAA defensive player of the year in 2000, collected 102 tackles, 16 tackles for a loss, 12 sacks, two forced fumbles and an interception. Sapp believes he can bring versatility to Army’s defense.

“I feel like I could play both positions at inside and outside linebacker,” Sapp said.