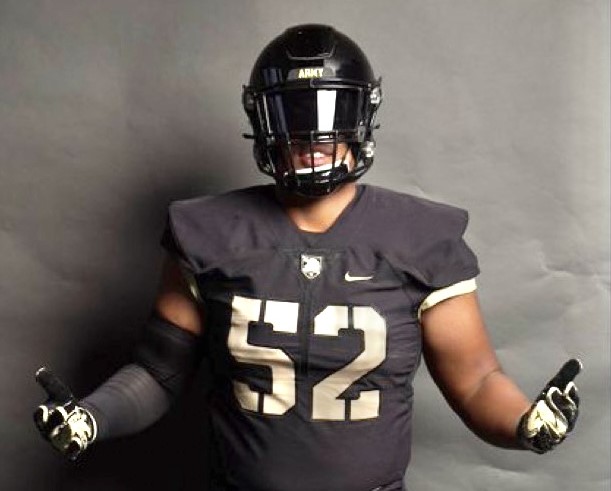 One memory kept on popping into Chris Luna’s head during his college football recruiting.

Luna continued to remember his visit to Army in April when everything felt right.

But, nothing could better Luna’s first offer from Army. After much thought with his family and coach, Luna made the call to Army cornerbacks Daryl Dixon and head coach Jeff Monken with his commitment to the Black Knights Tuesday.

“Today has just been nothing but a blessing,” Luna said. “My connection with the coaches is 100 percent amazing. They have shown me an immense amount of love ever since January.”

Luna’s passion for Army’s program has increased since his recruiting started. He was introduced to the Army-Navy rivalry for the first time in 2020, watching on television. Luna competes with a fire on the field that should fit right into Army’s culture.

“I am an ‘every down player.'” Luna said. “I am going to give you 100 percent on every play, full speed. Army runs the ball a lot and not a lot of defenses can handle that. So, I will punish them.”

Luna transferred from Wiregrass Ranch High School to Tampa Catholic for his junior season. He is the second Tampa Catholic offensive lineman to commit to the Black Knights in the last three years. Army sophomore David Hoyt is a Tampa Catholic graduate.

“He’s (Hoyt) been helpful every step of the way,” Luna said.