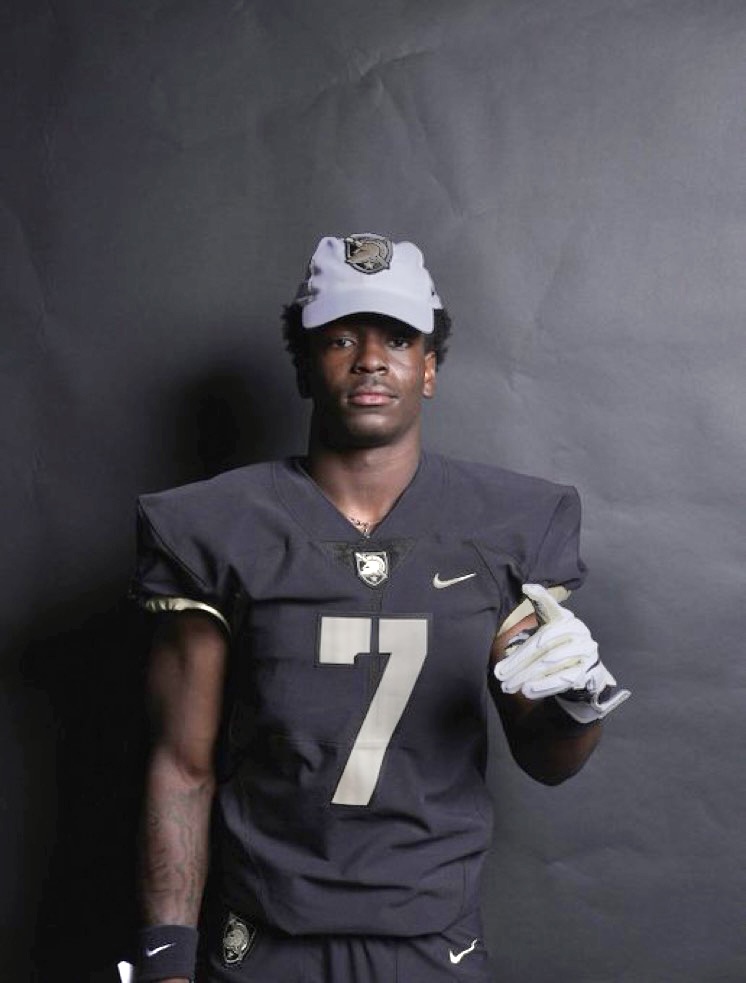 Travion Dickens described his decision to commit to Army as “a no-brainer.”

That’s where Dickens, a safety from Prescott (Ark.) High School, was able to show off his skills in person. Dickens was selected as the camp’s defensive MVP for the senior class. The next day, Army coach Jeff Monken offered Dickens his first Division I scholarship

Dickens’ commitment came on Wednesday when he let safeties coach Scot Sloan that he was the first Arkansas player to join Army’s 2023 class.

“They (the coaching staff) have treated me like I was family since day 1,” Daniels said. “I took and unofficial visit on (June 10, the day before camp) and I loved everything that I saw not to mention the atmosphere was untouched.

“The family atmosphere and the training for life after football ultimately helped me make my commitment decision. It was a no-brainer.”

Dickens helped Prescott to a 14-1 record and the state 3A championship his junior season. He had 153 tackles, which ranked third in Arkansas, six sacks and three interceptions while playing a mix of outside linebacker and safety. He also received all-state track honors in the 300 hurdles.

The game highlights, statistics and the accolades put Dickens on Army’s recruiting radar. But, it was his camp performance that earned his opportunity to play for the Black Knights.

“The camp helped tremendously,” Dickens said. “It really helped the coaches see my full skill set and not just the bits and pieces I have on film.

“My interaction with the coaches was great. They treated me like they knew me all my life.”

There’s a history of service in Daniels’ family from his grandfather, brother and uncle. His brother is in the National Guard while his uncle serves in the Army.

“I love the fact that I get to play the sport I love while serving the country,” Dickens said.