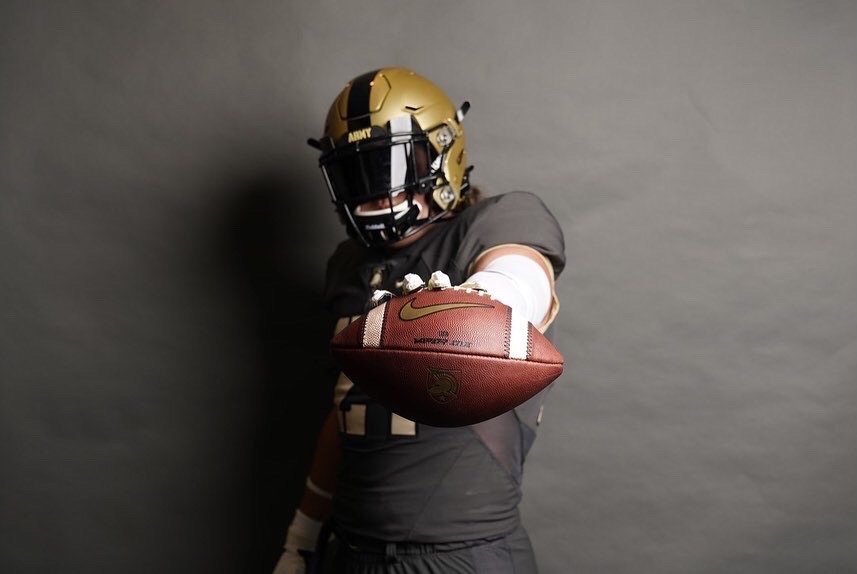 Caleb Graham describes his football persona as “a nasty competitor that loves to win.”

Graham’s fire will be turned up when he takes the field for Army in the future.

One of the schools that believed in Graham was Army.

Graham closed his recruiting Tuesday nigh when he called assistant coach Cortney Braswell with his commitment to the Black Knights.

“Army is hands down the best place for me to become the best version of myself on and off the field,” Graham said. “The school fits my competitive nature. It’s everything that I want. It’s home.”

West Point is 760 miles away from East Tennessee but Graham found the comforts of home in his visit to the academy in April.

“The coaches welcomed me, the players as well, all around just amazing people there,” Graham said. “What’s so funny is it’s so far away from home but the people there make it feel like home.”

Graham’s determination to succeed at the next level stems from his experience during recruiting.

“I take things personally and there were a lot of schools that I’ll be playing against in college that turned me down,” Graham said. “So proving them wrong will be awesome.

Graham passed on naming the specific schools but said his recruiting “came down to Army and a few schools that were going to offer me and then changed their minds.”

Graham has military ties in his family. His grandfather was a member of the 82nd Airborne Division.