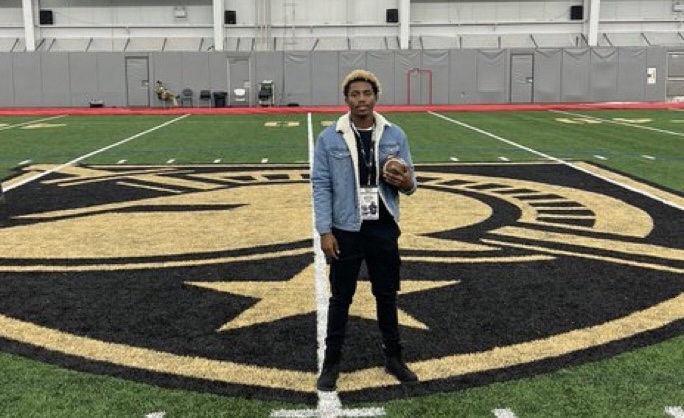 Carlos Griffin listened to the advice of his high school coach before making his college decision.

Saguaro (Ariz.) coach Jason Mohns told his safety that “to jump on offers that are a good match but when it comes to service (academy) schools, it’s a family decision and the family has to be 100 percent bought in.”

After receiving an offer from Army in the spring, Griffin took time to understand what the academy was all about. He spoke with Army recruiting coaches Sean Cronin and Scot Sloan and reached out to Saguaro graduate and former Army player Cam Nash on the day-to-day cadet life.

Griffin was ready to make his commitment earlier this month, about a week before his visit for the UConn game.

“We (he and his family) decided Army was the best opportunity athletically but especially academically,” Griffin said. “Army is very prestigious.”

Griffin’s choice was backed up during his West Point visit. Meeting Army players secured his decision.

“It really is a brotherhood and everyone genuinely seemed happy to be with each other and see everyone be great,” said Griffin, who received interest from New Mexico State, Colgate, Columbia and Princeton. “The atmosphere and the amount of support that surrounds this team is amazing.”

Griffin’s family has a history of military service. His grandfather retired after 21 years in the Air Force, his uncle is serving his 16th year in the Air Force and his cousin just graduated as a Marine in October.

Griffin, a three-year starter for Saguaro, had six interceptions and two Pick Sixs in 19 games. He prides himself on being a ballhawk as well as trusted to stop the run.

“I see a lot of that from the Army secondary in general and I think I can add to that and potentially be a difference maker and game changer,” Griffin said. “I’m just a kid that loves football and am blessed to be able to play at this level. I’m ready to get to West Point and work to win football games.”