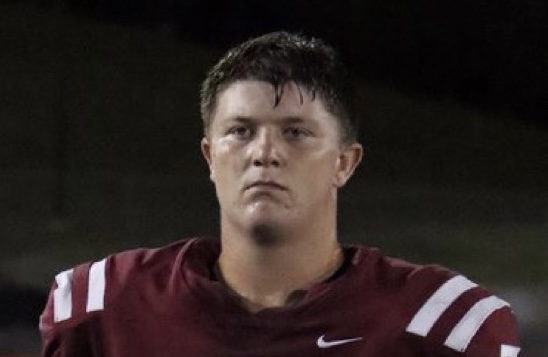 Alex Gray’s college recruiting was down to Army, Alabama and Kentucky.

Gray received walk-on offers from the two SEC schools. The Huntsvile (Ala.) senior center said it was an “easy decision” to pick Army to continue his football career due “to the opportunities USMA (United States Military Academy) provides post-graduation.”

The three-year starter has an idea how his future could turn out after the academy. Gray’s father, Will, is a 1990 West Point graduate. But, his father pushed Gray to explore all of his option. He wanted his son to chose West Point for himself.

Alex started considering Army his sophomore year. He attended an Army prospect camp in July and received an offer from the Black Knights in early December. Gray committed to Army and offensive line coach Mike Viti and recruiting coach Cortney Braswell before the end of 2022.

“I realized Army was the school for me when I thought about what kind of man I would become through the academy and the opportunity to lead men in service to the nation is something that really called me.”

Gray could be a perfect fit for Army’s offense, which is expected to run more out of the shotgun under new offensive coordinator Drew Thatcher. The 6-foot-4, 270-pound center snapped to a shotgun formation in all three years he started at Huntsville.

Army continued to recruit Gray throughout his senior season. Gray’s excited for the future ahead.

“It (his commitment) felt great to officially join the Brotherhood and to wrap up my recruitment,” Gray said.