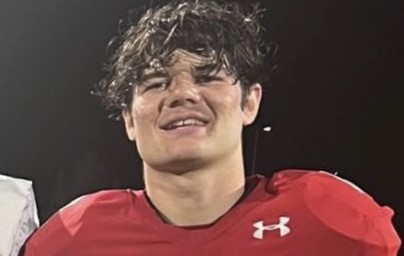 Christian Thatcher was caught by surprise when he received a recent offer to play football for Army.

As Thatcher researched more, the Arbor View (Nev.) linebacker realized how rare of an opportunity it was. Army has offered only a handful of 2025 (sophomore) recruits.

Thatcher hopes to visit West Point to find out more about Army’s program and its brotherhood in the future. He has an incredible story about brotherhood of his own and a connection with a former Army football captain.

Thatcher’s younger brother, Thaddeus, was diagnosed with T-cell leukemia when he was seven years old. Christian stayed with his brother through every hospital and clinic visit and treatment for 3.5 years. Thaddeus is now a top middle school football and basketball player in the Las Vegas area.

“Having walked alongside my brother during his illness, I’ve learned to not take anything for granted,” Christian said. “I’m so thankful to have been born in America where we have so much opportunity.”

Through Thaddeus’ fight, the Thatchers were linked with Leukemia Lymphoma Society in the Las Vegas area and chairperson Elizabeth Hunterton.

“Christian put a great story on tape,” Nate Hunterton said. “He jumps out with his ability to make plays in the open field combined with how physical he can play. He’s clearly the type of talent we’re looking for. I’m lucky to know his family and know he’s a high character kid growing into a great young man.”

Thatcher is grateful for Hunterton’s help. It’s an example of the Las Vegas childhood cancer community helps one another. Thatcher has learned the values of giving back. He volunteers weekly in Las Vegas from serving community lunches at the Salvation Army, skating with Spectrum on Ice helping children with autism learn to play hockey, being a baseball buddy for Miracle League and serving dinner and playing games at an elder care facility.

“I know how much it meant to my family for people to help families in need,” said Thatcher, who has a 3.8 grade-point average. “So many helped my family.”

Last weekend, Thatcher won his weight class at Bulldog Grappler tournament with a 38-second pin in the final. He received the tournament’s award for most pins in the least amount of time. Thatcher also played on the Las Vegas travel hockey team from 6 years old to last year.

“I work hard on the field to make my family proud and it would be an honor to play for my country,” Thatcher said. “I’ve been blessed with so much. I love my family, country and football.”