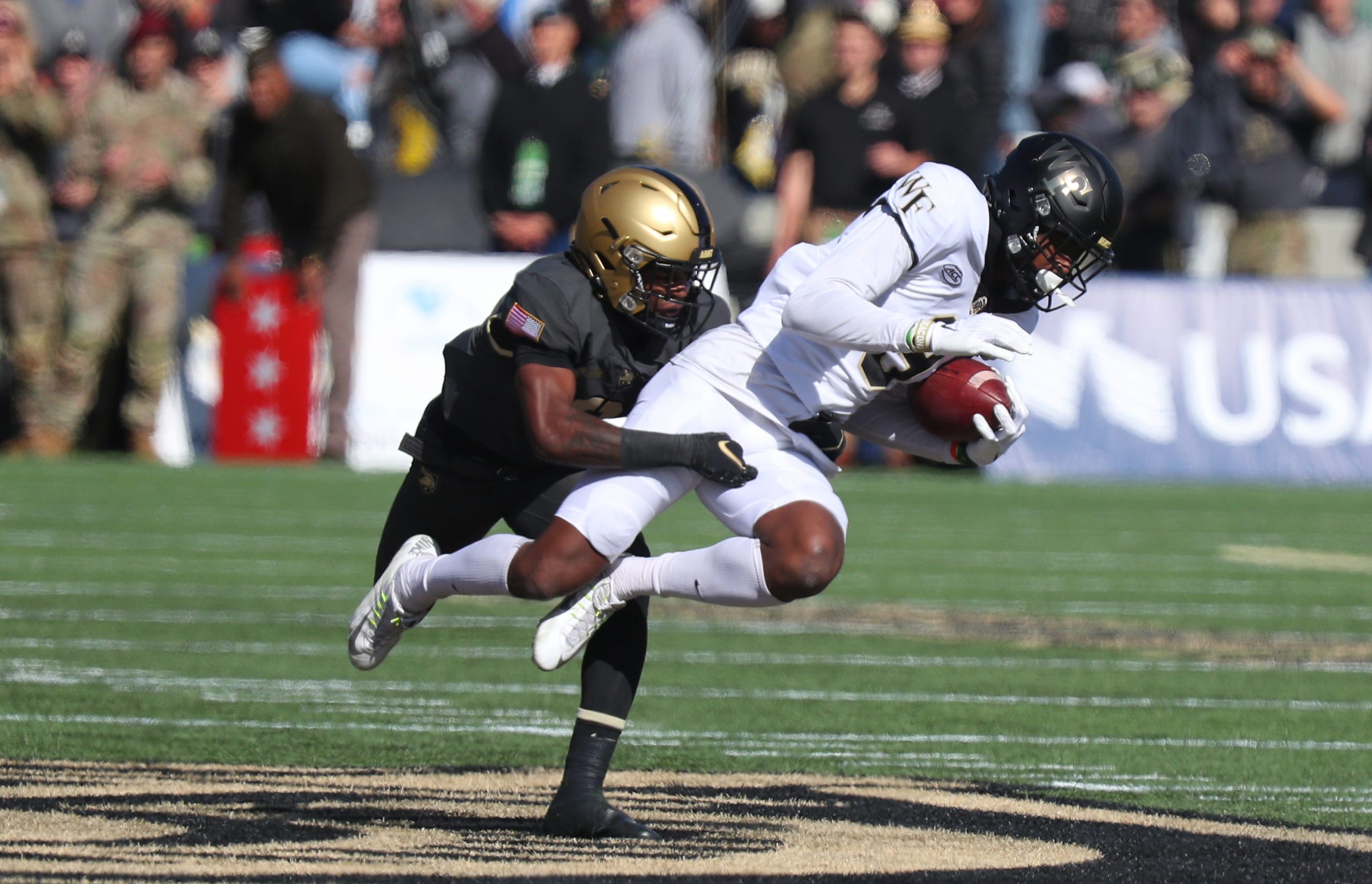 Have to admit didn’t watch much of Wake Forest with the exception of highlights before Saturday’s game.

After seeing Wake Forest in person, don’t know if there’s a defense out there that can slow down Sam Hartman and the Demon Deacons’ RPO attack.

Army stopped Wake Forest once (on fourth down) on 11 possessions. The rest is history with Wake Forest scoring 10 touchdowns.

Said during the week that Army will need to pressure Hartman if they were going to have success. The Black Knights didn’t record a sack and can only think of maybe two times early where Army hit Hartman and one was called a personal foul. Counted to 10 Mississippi one time during one of Hartman’s drop backs.

Hartman was locked in, taking advantage of one-on-one matchups and even threw a 41-yard TD to Jaquaii Roberson into double coverage.

Could Army have blitzed more? Perhaps. But, Hartman’s release was so quick it might not have mattered. Army allowed five passes of 41 yards or more. Four of those went for touchdowns including two 75-yard plays on back-to-back throws by Hartman.

Army’s pass rush has still yet to force a holding call. There were multiple times Wake Forest lineman could have been flagged. Passing rushing by Andre Carter and Nolan Cockrill has turned more into wrestling matches. Not exactly sure how a couple of holding penalties would have impact the game but at the very least it might have given the defense more a fighting chance.

Didn’t think quarterback Cade Ballard’s first snap of the season would happen on a pass off a fake field goal. If Ballard throws the ball a second or two earlier, it’s a great call. Having the play go 83 yards the other way for Pick Six put the Black Knights two touchdowns behind. Hindsight: Might have been better off going for it on 4th-and-4 from Wake Forest 27 and throwing the football.

Speaking of throwing the football, Jabari Laws continues his inspiring comeback. The senior, who has overcome two ACL injuries to his right knee, became the first Army quarterback to throw three touchdowns in a game since Carson Williams against Tulsa on Nov. 17, 2007. The touchdown passes were Laws’ first since Air Force on Nov. 4, 2019.

Would give serious considering to start Laws, who completed nine of 11 passes, in Army’s next game against Air Force on Nov. 6 at Globe Life Field in Arlington, Texas.

Quarterback Christian Anderson’s return only lasted nine plays as he took a hit from Miles Fox and Ronde Bothroyd. Jeff Monken said Anderson was throwing on the sideline and could have returned to the game. When asked about an update on Anderson at his Monday press conference, Monken declined to prove one.

Said in the preseason that this could be a breakout season for sophomore wide receiver Isaiah Alston. Alston has his breakout game with six catches for 107 yards and two touchdowns. Alston’s six catches were the most by an Army player since Chevaughn Lawrence (6) against Kent State on Oct. 13, 2012. It was Army’s first 100-yard receiving game since Cam Harrison in 2019 Air Force game. And, you’re not going to find a better catch than this 29-yard TD on 4th down.

Just when you think you’ve n seen everything: A booth review confirmed that Wake Forest had 12 men on the field and allowed Army to move the chains on fourth down.

R-E-S-P-E-C-T: Check out this video. Wake Forest coach Dave Clawson and his players get it.