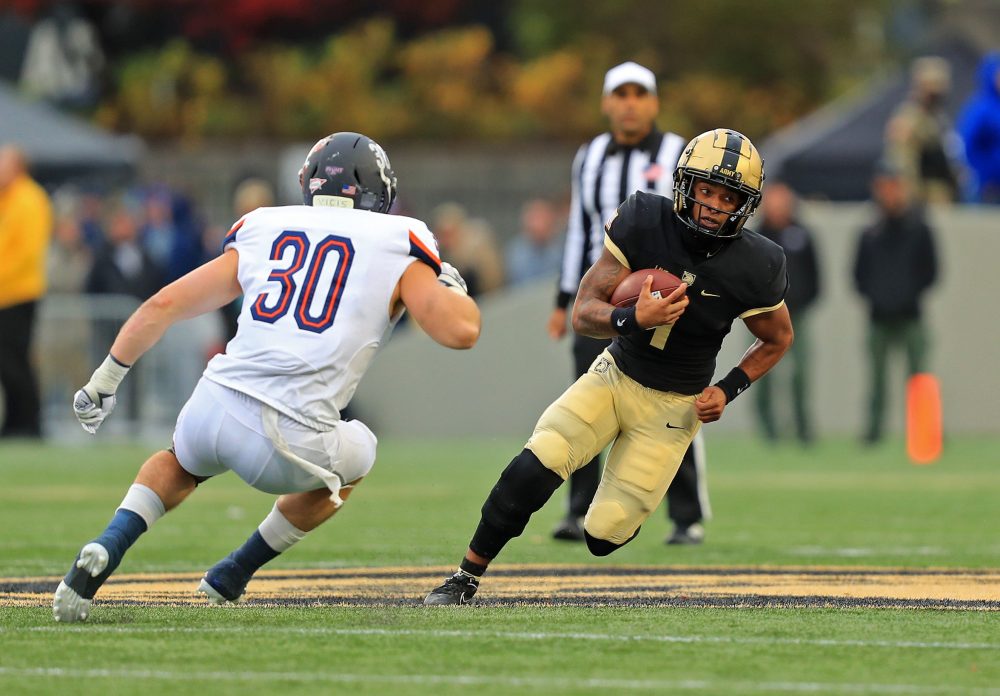 Could be in the minority with this opinion but it was good to see Army’s 63-10 victory over Bucknell be completed after a 1-hour, 15-minute lightning/weather delay.

The continuation provided coach Jeff Monken and his staff the chance to reward reserve players with game snaps, created moments like senior running back Markens Pierre’s first career touchdown and also didn’t put an asterisk on the game.

Stinks that the Corps of Cadets didn’t return after the delay. Kudos to the nine of so Army band members, who stayed and continued the tradition of playing the postgame alma mater.

Army’s defense forced a turnover on its opponent’s first drive for the fourth time this season and not surprising junior linebacker Andre Carter was in the middle of it with an interception. Carter, who became the second Army player to reach double-digit sacks in a season during the victory, is playing at a high enough level to that he should be in line for some postseason recognition. Carter’s 10.5 sacks are two away from tying Josh McNary’s academy single-season record (12.5) in 2009.

Senior apache Malkelm Morrison seemed to be everywhere making hits or plays. Morrison, who tied for the team lead with three tackles, forced a fumble, had a tackle for loss and broke up a pass in one half of play, certainly made his presence felt.

Jabari Laws completed all three of his passes and is now 17-for-20 on the season – an incredible 85 percent. Laws is 33-for-40 in his career.

Isaiah Alston caught a pass in his fifth game – the longest streak by an Army receiver since Cam Harrison (8) in 2019. Alston is trending to have one of the most productive seasons by a wide receiver in the Jeff Monken era:

Thought Tyrell Robinson was going to snap Army’s 14-year streak without a kick or punt return in the first quarter. Robinson 55-yard punt return in the first quarter was the longest by an Army player since Malik McGue (58 yards) against Wake Forest in 2016. Monken said that if the blocking was a little better Robinson would have scored. For now, Corey Anderson (kick) and Jeremy Trimble (punt), who both scored against Temple in 2007, are still the last in the record books.

Quarterback Cade Ballard started the second half and Army scored touchdowns on the sophomore’s first two drives of the season. Ballard nearly ran the ball (seven carries) as many times as he did in two starters last season (nine rushes). Monken said that Ballard has prepared like a starter, waiting for his time to be called upon.

Senior cornerback Tavores Pearson’s time on the field was cut to a few snaps by a targeting call. The penalties for targeting have needed to change for years. An automatic ejection and sitting out the first half of the next game is too harsh for players that didn’t have intent like Pearson.