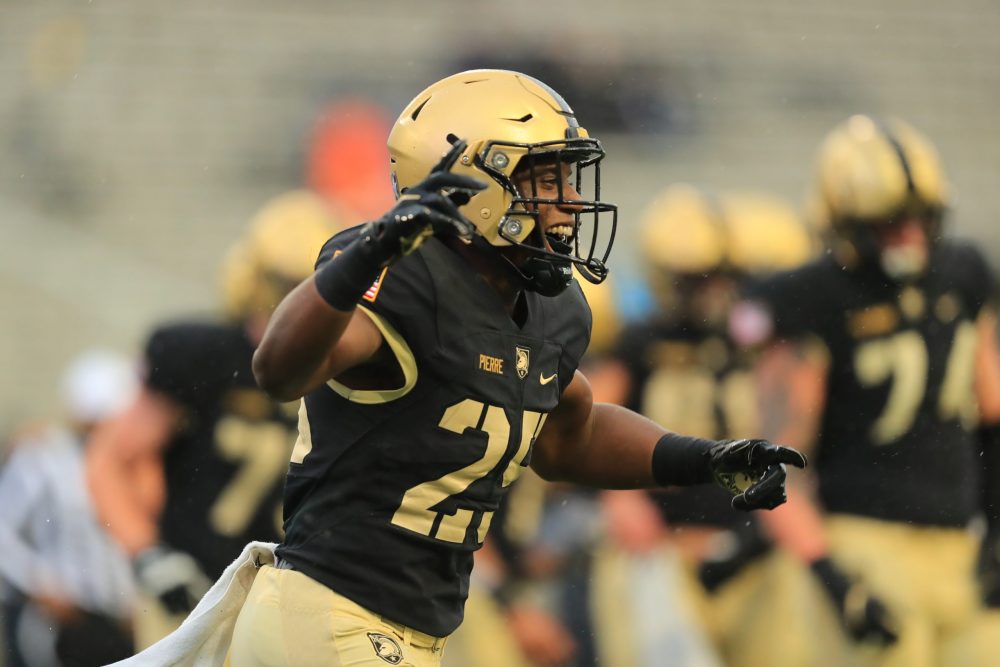 The greatest compliments can sometimes come from your peers. And, Army football players had an outpouring of praise for Markens Pierre on social media following a 63-10 win over Bucknell.

Pierre, a senior slotback, scored his first career touchdown on a 4-yard run in the third quarter.

“Don’t know of many guys who work as hard as he does and NEVER looks for anything I’m return,” Army senior slotback A.J. Howard wrote about Pierre on Twitter”. “To say I’m proud would be an understatement to describe my feelings rn. Love you my boy.”

Pierre was recruited as a fullback and was moved to slotback sophomore year. Since, he’s played mostly a special teams role. Pierre had one career carry his freshman season in a win over San Jose State entering Saturday’s game. He rushed for 28 yards on three carries against Bucknell.

Pierre followed the path of his older brother Markenson, who played safety for the Black Knights in the 2000s, to West Point. Now, he’s starting to make a name for himself.

“I’m particularly happy for Markens because he is a senior and he has worked so hard and invested so much in this program,” said Army coach Jeff Monken after the game. “It’s great to see him get that reward and celebrate with his teammates. I think his teammates were as excited as he was.”