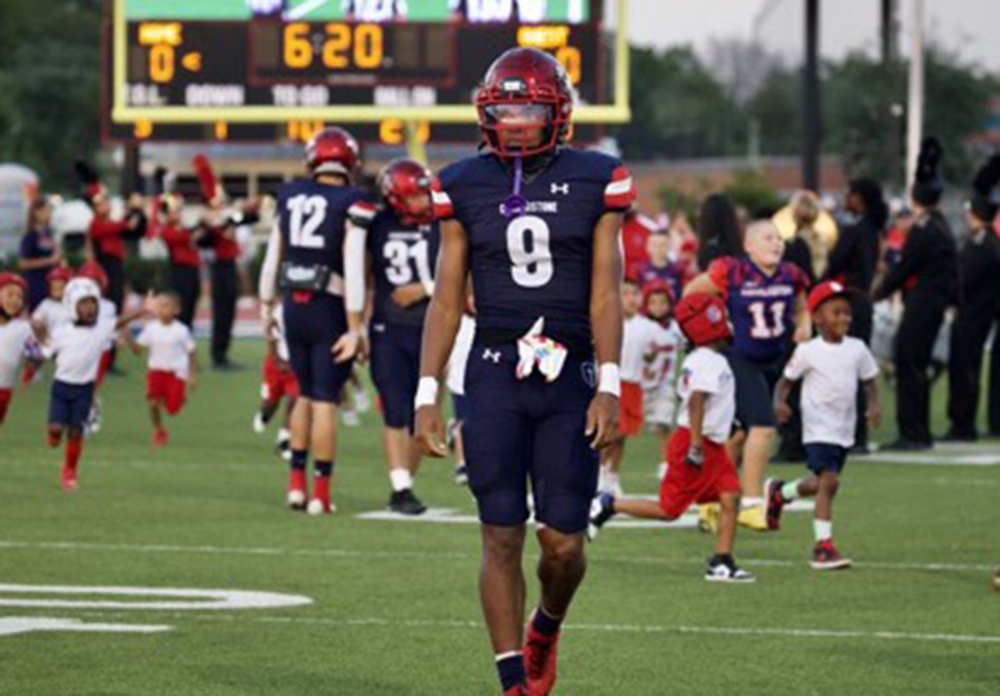 The response was more of the same when Esteban Guillory told those close to him where he was leaning in his college football decision.

Army started the recruitment of the Cornerstone Christian (Texas) defensive back/linebacker more than a year ago and was the first to offer in February of this year.

Guillory followed through on the advice Sunday when he gave his verbal commitment to Army and assistant coach Shiel Wood.

“I talked to coach Wood about the opportunities there and the level of football they play,” Guillory said on what sealed his decision. “(I liked) how their whole coaching staff talked to me.”

Guillory, who will be following both of his grandfathers in the Army (one served during Vietnam and the other in the reserves) is the starting center fielder for Cornerstone’s baseball team. He played in the 2016 Little League World Series for San Antonio’s McAllister Park American Little League.

Army is recruiting Guillory to play apache, a hybrid defensive back/linebacker position. Guillory, a three-year starter for the San Antonio school, was also offered by Navy but said his commitment was between Army and the University of San Diego.

Guillory is the 16th Texas commit in Army’s 2022 class. He plans on visiting West Point for the first time in January.