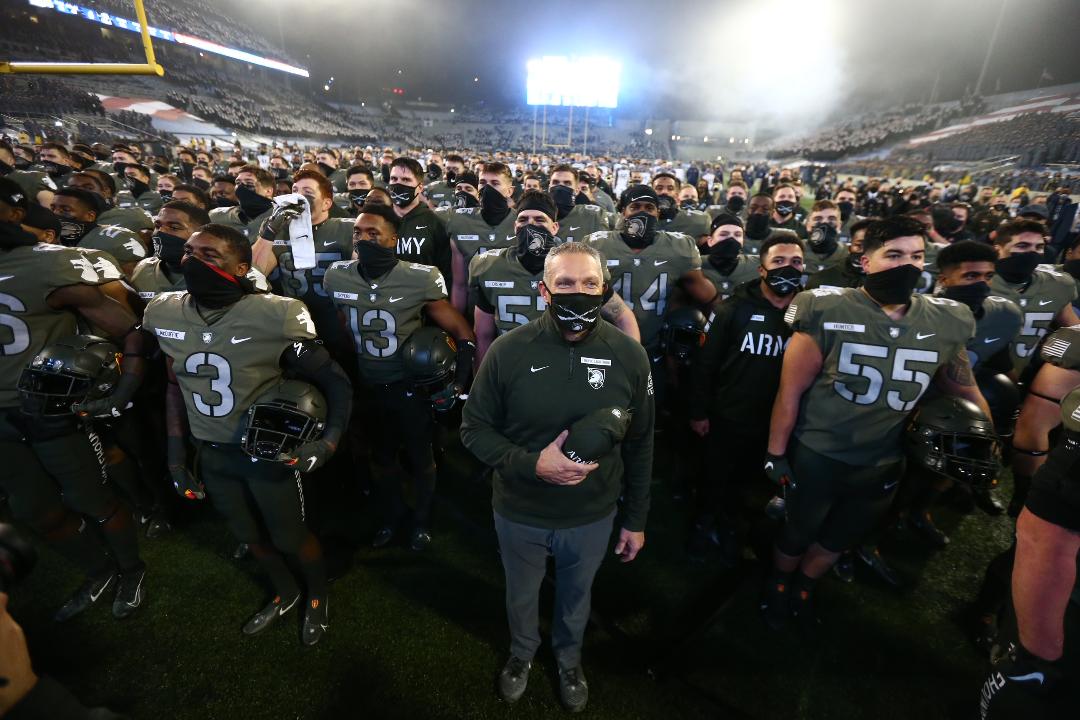 The beauty of Army beating Navy was more than its first shutout over its rival in 51 years.

It was the collective way that the Black Knights accomplished the feat.

Quarterback Tyhier Tyler won an online poll for the game’s most valuable player. And, Tyler was deserving, accounting for 96 of Army’s 134 rushing yards and the game’s only touchdown.

But, Tina Cervasio, sideline reporter for Army’s home games on CBS Sports Network and member of the Westwood One radio team for Army-Navy game, may have said it the best. “My vote is: Army defense,” Cervasio tweeted.

After every Army win, the coaching staff picks an offensive, defensive and special teams player of the week. Jeff Monken announced Sunday multiple players of the game on defense.

Punter Zach Harding was certainly up for MVP consideration after placing five of his seven kicks inside the Navy 20.

For the record, the coaching staff picks were Mike Johnson on offense, Nolan Cockrill, Cedrick Cunningham, Arik Smith and Amadeo West on defense and Harding on special teams.

The play of the game could be a good debate between Army’s goal-line stand in the third quarter or Cedrick Cunningham tracking down Xavier Arline at Army’s 2 earlier in the drive.

West and Johnson, another fifth-year senior and co-captain, are the first Army players to be a part of four Navy wins since 1996.

Looks like Army has found its kicker of the present and future in freshman Quinn Maretzki. Maretzki calmly hit his first field goal from 37 yards out into a fog background and would later connect on 40-yarder. In the past, attempts from that distance were not givens by Army kickers. Maretzki also had the presence in mind to attempt a kick that was fumbled on a snap.

“Coming in as a freshman, you never really expect to be in this position,” Maretzki said. “It’s been amazing to experience such a big game and I’ve had some awesome support from the coaches and the players and I’m just really grateful to be able to come through at those moments.”

Army was missing some key players in the win. Defensive end Kwabena Bonsu, defensive back Malkelm Morrison, wide receiver Reikan Donaldson and offensive lineman Dean Powell did not play. Not sure if any of the absences were COVID related.

The Black Knights’ next mission is regaining the Commander in Chief’s trophy, which it possessed in 2017 and 2018, against Air Force Saturday at Michie Stadium.

Army (8-2) is a 2.5-point underdog to the Falcons (3-2). Air Force’s three victories have come against teams (Navy, New Mexico, Utah State) with a combined six wins this season.