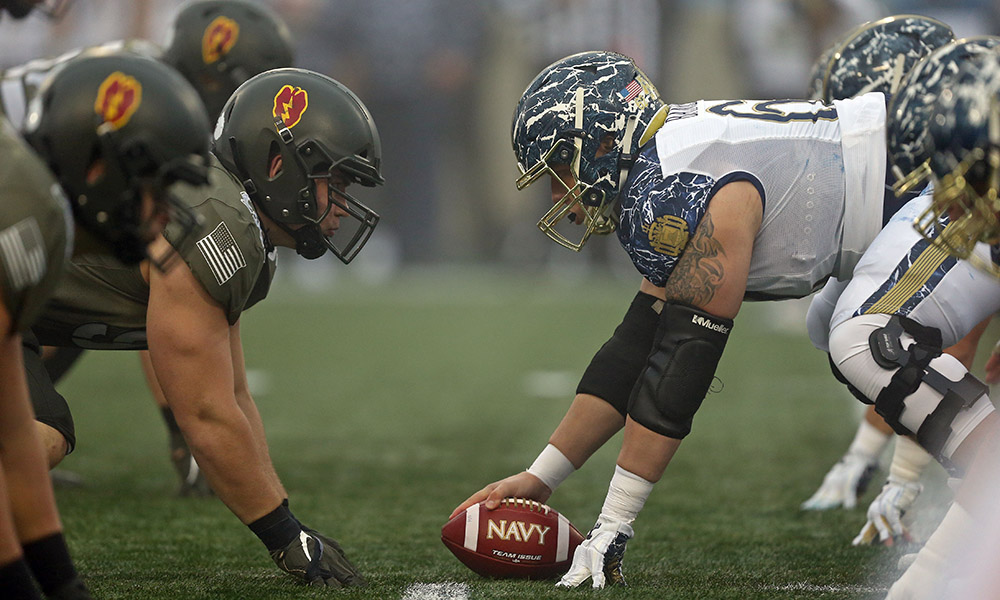 ﻿Nolan Cockrill threw off the center’s block, met Nelson Smith in the hole, kept pushing Navy’s fullback back and back and waved his hand goodbye.

How dominant was the defense? The Black Knights held Navy to only four first downs and 117 total yards. Navy converted one of its 11 third-down chances.

Army extended its home winning streak to nine in the first Army-Navy game since 1943. The victory set up a winner-take-all Commander in Chief trophy game against Air Force in one week at Michie.

Army senior defensive end and captain Amadeo West ranked the shutout as his personal best among the four wins over Navy in his career.

This was the moment that West envisioned when he opted to return for a fifth year following three season-ending injuries.

West provided one of the game-changing plays Saturday, leading a fourth-down stop of Smith at Army’s 1 in the third quarter.

Rhattigan recovered a Navy fumble at the Midshipmen’s 13 later in the quarter that would lead to the game’s only touchdown by Army quarterback Tyhier Tyler. Sophomore linebacker Daryan McDonald recorded a safety tackling Mark Walker on an end around.

Tyler led Army with 96 rushing yards in his second career start on a day when Army fullbacks were held 24 yards on 13 attempts.
Army punter Zach Harding was one of the standouts in a game of field position. Five of Harding’s seven punts were inside Navy’s 20-yard line.
The victory gives Army (8-2) its fourth season in the last five years with eight or more wins.