QB Cade Ballard gets chance to show capability this spring 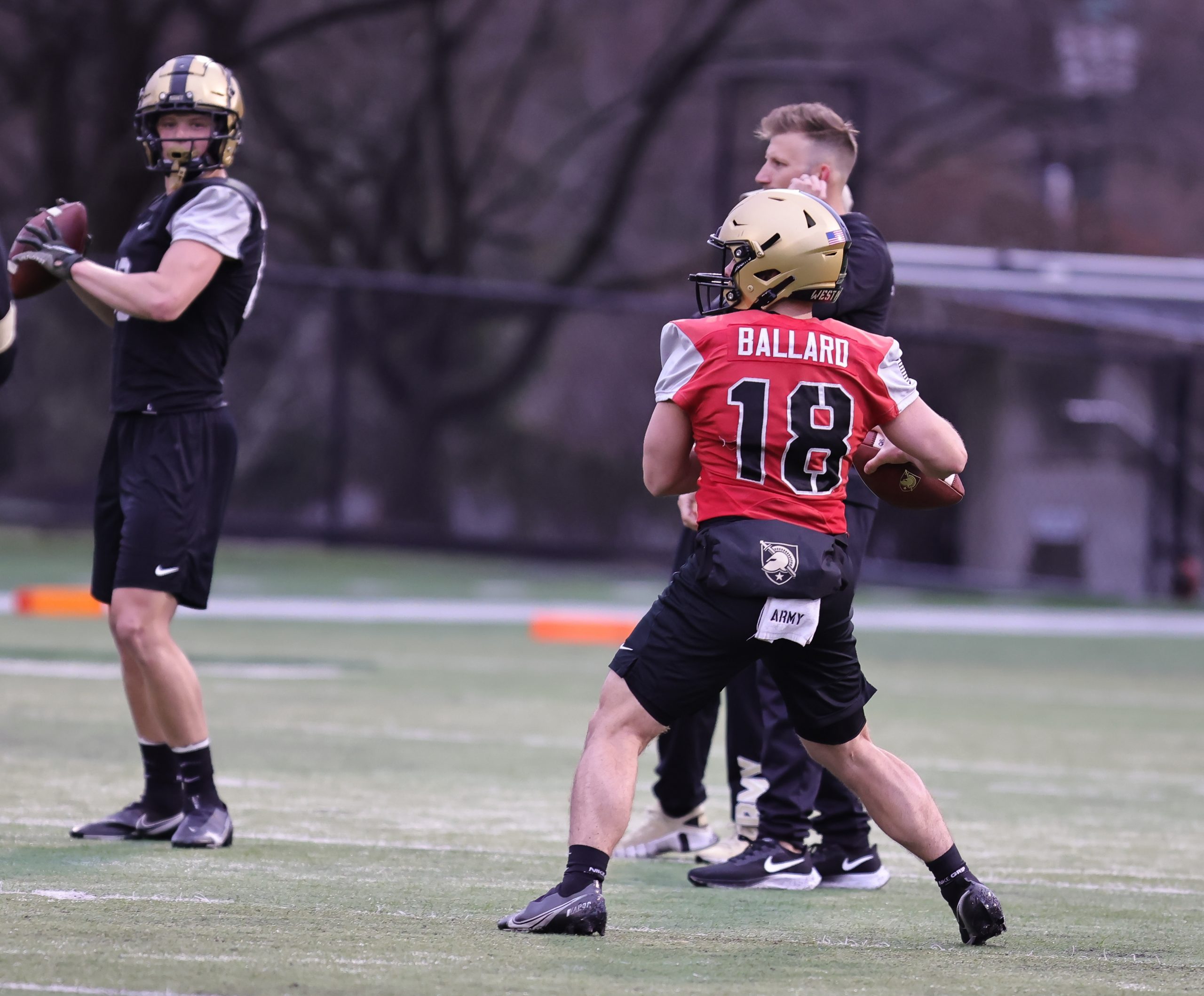 There’s only one position on the football field that Cade Ballard has ever desired to play.

“There was a guy that really influenced me Jordan Greenway that come through years ago at Greenville and I knew that’s a position that I wanted to play ever since watching him play,” said Ballard, Army’s sophomore quarterback. “I knew the (Greenville) offense when I was 11 years old.”

It’s Ballard’s ability to pick up the game that led to his successful college debut in 2020. Ballard helped Army to 28-16 win at Texas-San Antonio in his first college start after running the Black Knights’ scout team the prior week. He started again against Mercer the next game. And, Army won again. Ballard is undefeated as a starter in high school and college. He went 30-0 at Greeneville.

“(He was) pretty much born into it,” Caine Ballard said of his son and football.

Last season, Ballard’s opportunities didn’t come as often as Army employed a two-quarterback system with Tyhier Tyler and graduating senior Christian Anderson most of the season.

Ballard will have more chances this spring as Tyler’s snaps will be limited. He and junior Jemel Jones are the only other quarterbacks with game experience on Army’s roster.

“I have always been and continue to be impressed with Cade Ballard,” Monken said. “He’s such a great leader and a really smart and tough kid. He throws the ball well. I’m excited to see him (this spring). I know he’s going to compete really, really hard for the job.”

Working on his presence in the huddle, improving footwork and mastering the play-action pass are points of emphasis for Ballard during spring practice.

“You work your way up the ladder and by default of time and just being out there and you are with guys that you’ve been here with and gone through some hard stuff with for a couple of years and it’s more comfortable,” Ballard said. “I just feel a little more comfortable and I think that’s due to time.”

Ballard added, “I just want to go out there and show myself I can do it along with that the coaches and players in the huddle that I can do it.”