Spring practice is chance for younger Army players to step up 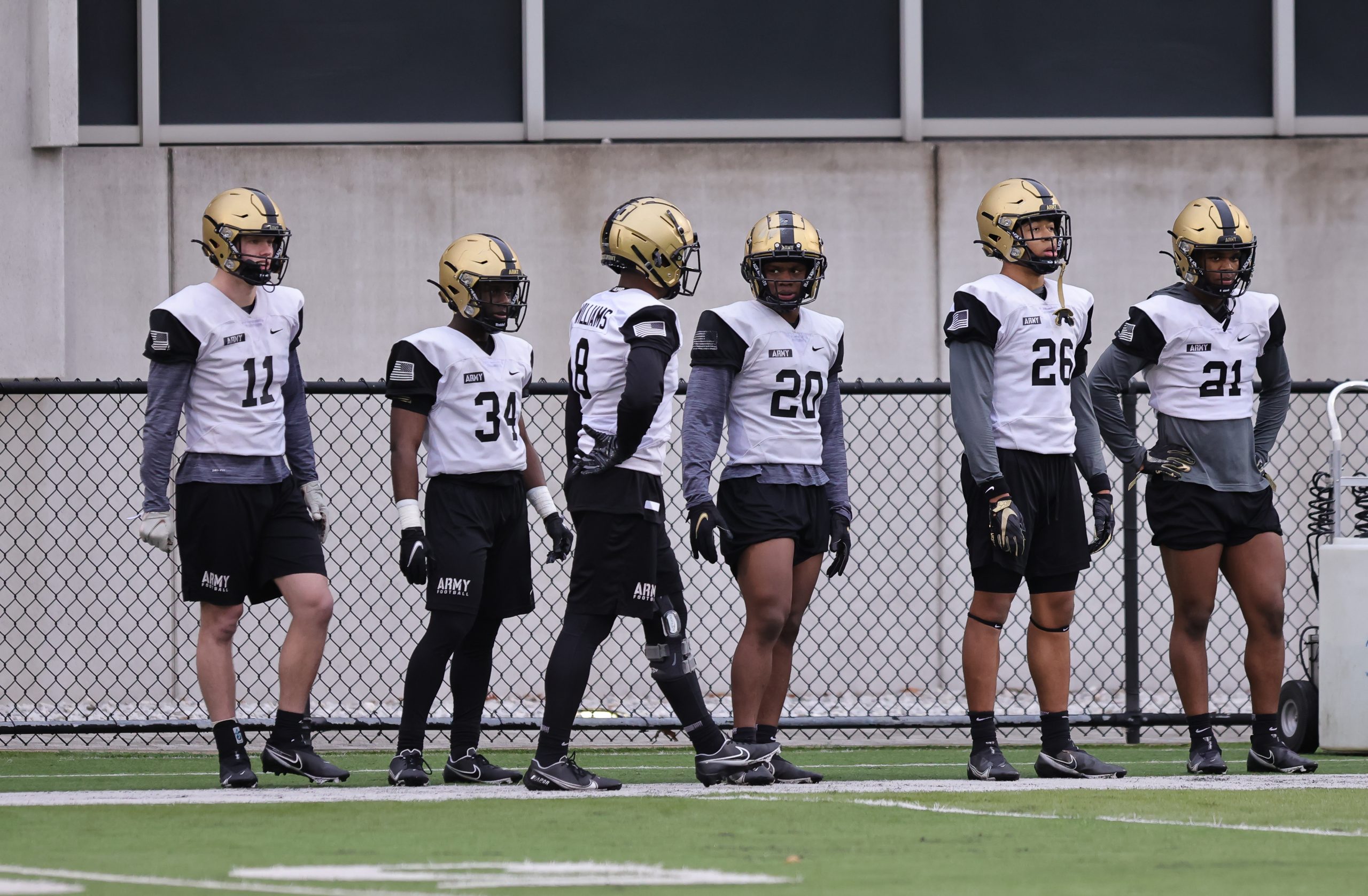 Marquel Broughton sent out a message after Army’s 2021 season directed at the team’s returning players.

Broughton urged his younger teammates to “step out of their comfort zone and try to lead” the same way that Army’s returning captain did when the spring prior to his sophomore season.

“The team is filled with leaders,” said Broughton, a junior and 2021 captain after Army’s first spring practice Thursday. “It’s not me as a solo captain. We have Connor Bishop, Chris Frey. All these guys stepping in and helping me push. Kwabena Bonsu is stepping up and helping us. It’s multiple people. It’s not a solo captain thing. I won’t look at it as that.”

Army players will chose the 2022 team captains at the end of spring. Until then, coach Jeff Monken and his staff, which has five new assistants, have 14 practices and the Black and Gold game to evaluate younger talent and take a look at some players at new positions.

“There’s just some players who have played enough football that they don’t need to go pound in 11-on-11 periods against the other side of the ball to have themselves ready to play.”

Army will have to replace starters at many key positions. Building depth at inside linebacker and nose tackle are priorities this spring with the graduation of captains Arik Smith and Nolan Cockrill respectively. Monken said the versatility of slotback Brandon Walters, quarterback Christian Anderson’s leadership and punter Zach Harding’s impact will be hard to replace.

All-American linebacker Andre Carter, linebacker Spencer Jones, who is coming off a knee injury, and Bonsu, who has played in four seasons, were among the players that didn’t participate in the first practice. Monken said he hopes Jones can participate in practice by the end of the spring.

Fullback Anthony Adkins is no longer listed on Army’s online roster. Adkins rushed for 355 yards and five touchdowns as a junior.

Junior Maurice Bellan has moved from quarterback to slotback this spring. Freshman Blane Cleaver has switched from linebacker to tight end.