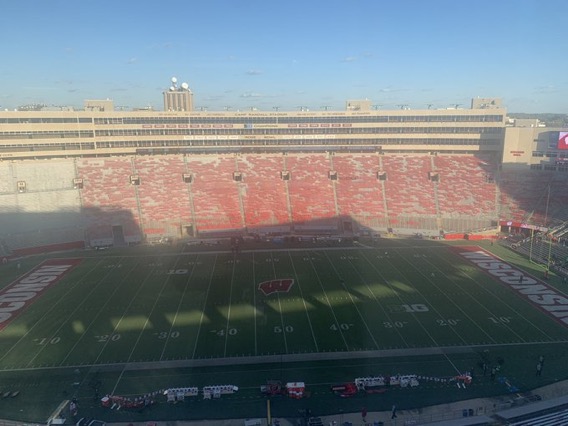 Quarterbacks Tyhier Tyler, Jabari Laws and Cade Ballard were warming up during pregame.

Tyler is expected to get his second straight start and third of the season. Senior Christian Anderson doesn’t appear to be dressing for the Black Knights tonight.

Looks like Army’s offensive could be receiving a boost with the return of starting center Connor Bishop. Bishop, who was injured in the second half of Army’s win over Western Kentucky in Week Two, is on the trip. Will be interesting to watch if Noah Knapp, who moved to center in Bishop’s absence, will return to guard. Connor Finucane, Army’s starting right tackle at the start of the season, has played right guard the last two games.

Current Army players are seeking their first win over a Power Five school. Army’s last road win over Power Five school was 2016 at Wake Forest. Army defeated Duke at Michie Stadium in November 2017. The Black Knights’ last victory over a Big Ten team was a 21-14 win over Northwestern on Sept. 18, 2011. Trent Steelman accounted for all three touchdowns.