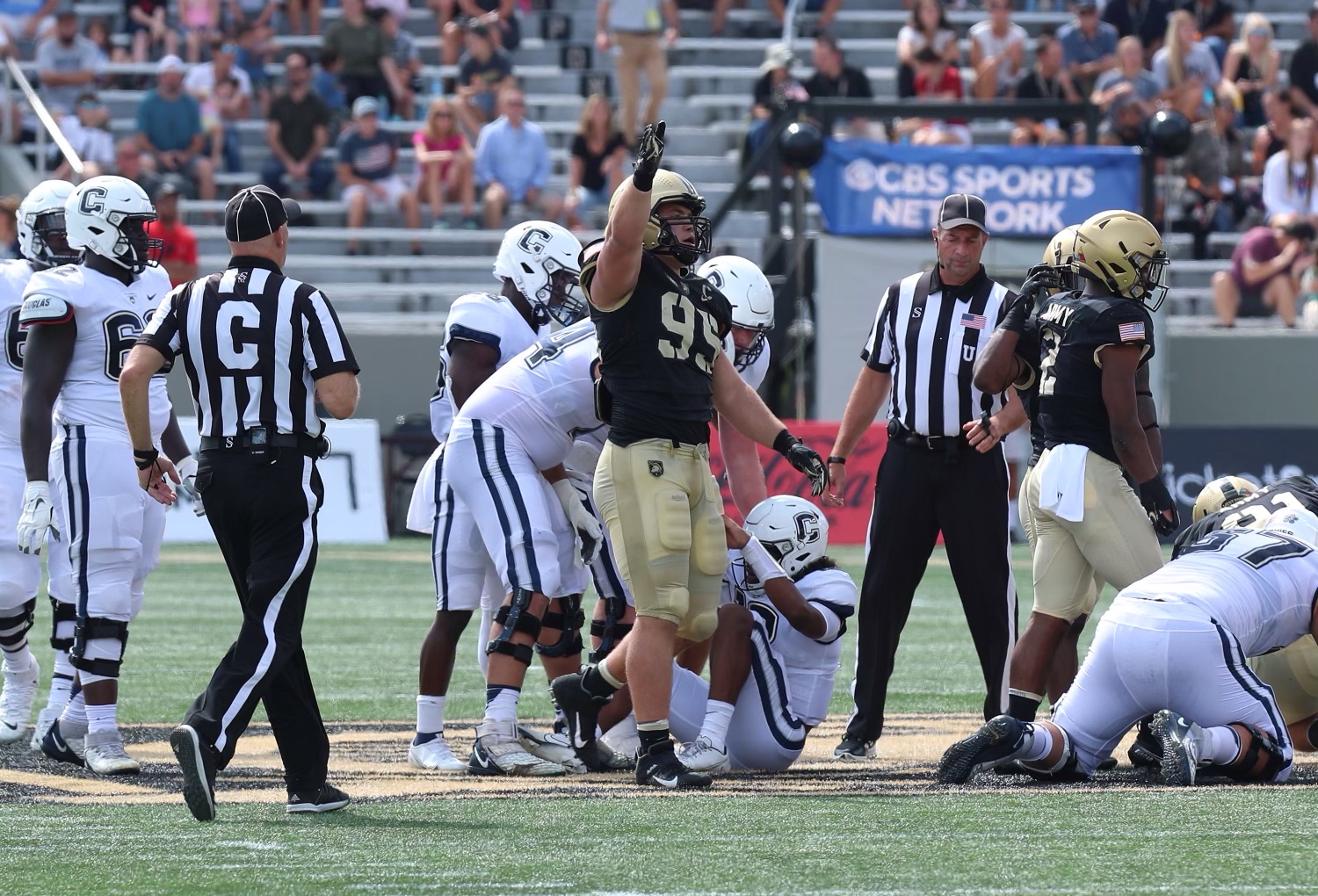 Julian McDuffie gets after every Army football game with the same intensity.

Saturday night’s game at Camp Randall may be bigger stage for the Black Knights. The size of the field and the rules are the same, McDuffie said earlier this week.

Army opened as a 10-point road underdog at Wisconsin. The spread has increased to 14 points in Wisconsin’s favor in the first meeting between the school. This is the fifth time that Army has played a Big Ten school in the Jeff Monken era. The Black Knights are looking for their first win over a team from the conference over that stretch. Army took No. 7 Michigan into double overtime at the Big House in 2019.

Sal Interdonato (Black Knight Nation): Wisconsin 24, Army 21. As the week has passed, my prediction has slightly changed. Thinking Army’s defense isn’t getting enough credit and Wisconsin’s offense might be getting too much. If Army can play turnover-free and win the takeaway battle, this will get interesting late especially if the Black Knights can rattle Wisconsin quarterback Graham Mertz. Mertz has thrown more interceptions (7) than touchdowns (2).