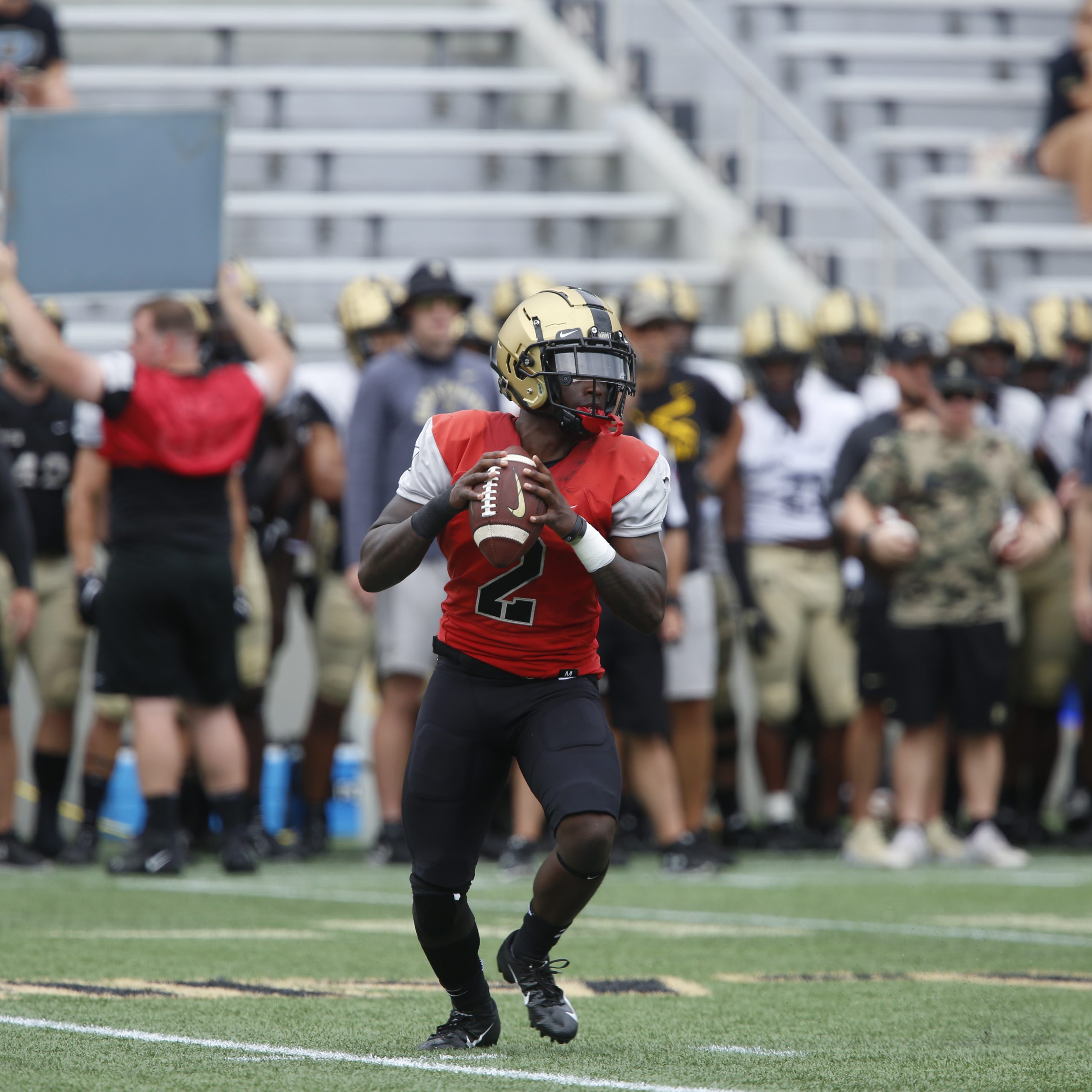 The announcement was reported on the Army football pregame show this morning.

“He’s earned it through preseason camp and just the competition that we want to do with the football,” Monken told Rich DeMarco in an Army radio Saturday morning. “I just feel like he gives us the best chance.”

Tyler led Army in rushing with 578 yards in seven games last season. He was third on the team with five touchdowns.

“We are going to have those two guys taking the majority of the snaps,” Monken said.

Monken said that junior Jemel Jones and senior Jabari Laws are both on the trip and, “are both very capable if they had to play. They certainly can handle the snaps as well. But I think Tyhier has had a good camp and we are excited to see him play and lead the team.”

There was a panic among Black Knight Nation when fullback Jakobi Buchanan wasn’t listed on the two-deep of Army’s initial depth chart earlier this week. Sophomore Tyson Riley and junior Anthony Adkins are Army’s top fullback on the depth chart but Monken said Buchanan, Cade Barnard and Wilson Catoe could see action at B-back.

Senior guard Dean Powell is one of the many Army players, who made the trip to Georgia State in 2019 and left disappointed after a 28-21 loss. The 2019 game is a motivator for Army’s returning veterans.

“You don’t want to get beat,” Powell said. “You never want to get beat period. I don’t feel like we represented the brotherhood as best as we could. It’s our opportunity to go out there and play the best we can and represent our school like we want to.”