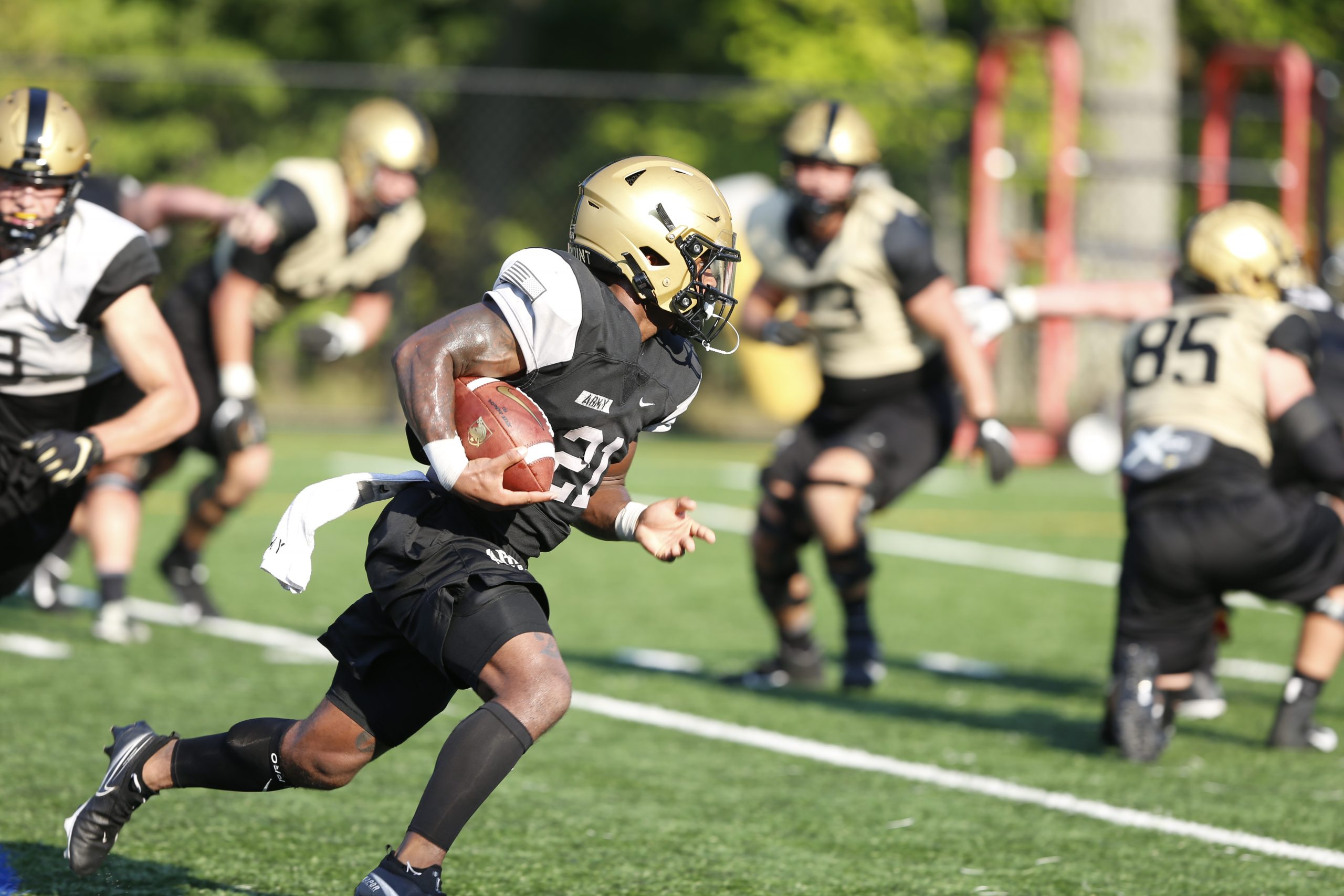 Army’s first offensive play has been of college football’s least-kept secrets in the Jeff Monken era.

Brent Davis has called the fullback dive in five of the Black Knights’ seven season openers as offensive coordinator. The call, which has gained 13 yards on the five carries, gives the offense and Davis indicators of how defenses may play Army’s triple-option attack.

What if in the season opener at Georgia State Saturday, Army dials up a toss play to speedy slotback Tyrell Robinson or a short throw to the sophomore and his play-making skills take over on its first snap. Robinson averaged 7.1 yards per carry as a freshman. How about a deep ball to 6-foot-4 receiver Isaiah Alston? Highly unlikely.

But, maybe, Georgia State thinks twice about loading up the box against Army’s running game. Georgia State has enough to prepare for with Army returning five quarterbacks with starting experience back and no starter announced by Jeff Monken prior to Saturday. Army radio reported Saturday morning that Tyhier Tyler will start under center for the Black Knights.

Davis said earlier this week that he would like Army, “to be more explosive” this season.

“Having said that’s never going to changed necessarily the plays or change our offense but we may taken advantage of some things we probably didn’t really call as much (last season),” Davis said. “That may be in the passing game. That may be in the perimeter game. It depends how things go game to game.”

Starting four different quarterbacks during the 2020 COVID season may have limited Army’s play-calling. Army attempted just 76 passes in 12 games (the fewest by 48 throws among teams that played 10 or more games). Slotbacks had 113 carries in 2020 with Robinson (60) receiving more than half of the attempts.

“We weren’t satisfied last year,” Davis said. “We felt that there was a lot of growth to be made. There’s no excuses to be made for that but I feel like we did the things that we needed to do to help our team win and that’s most important. That’s the goal every week. We are seeking more consistency with execution where we feel comfortable and confident using those facets of our offense. It’s not like we didn’t have the same plays that we may chose to run this year.”

The options, no pun intended, are there to give defenses more concern.