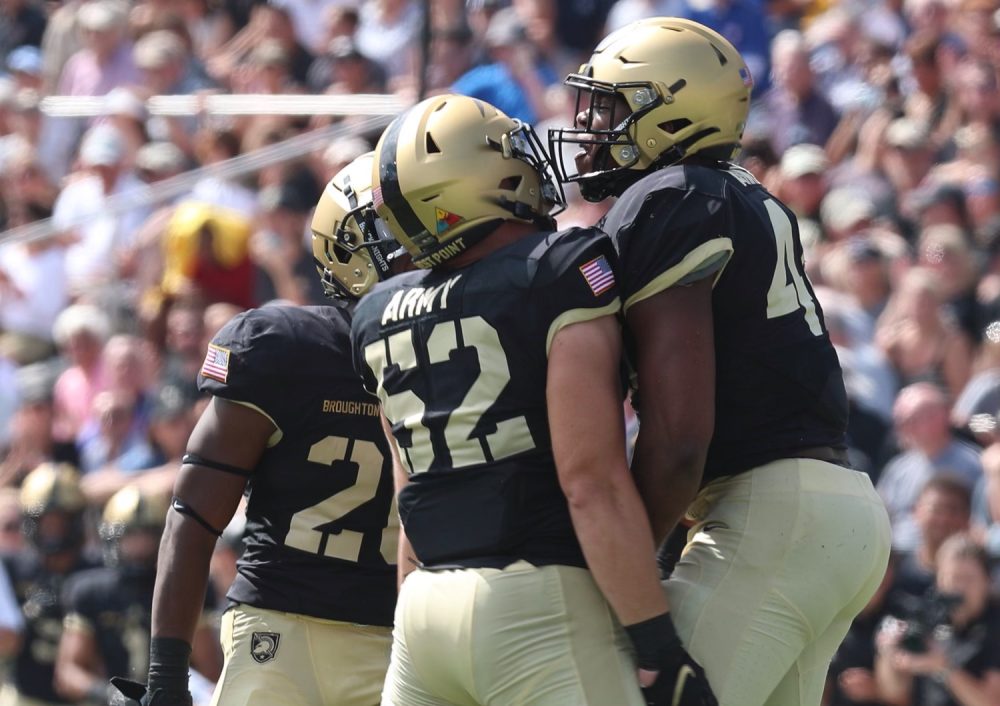 If anyone around the Army football program was asked who’s the hardest worker on the team, Andre Carter’s name would make most lists.

The success of Army’s linebacker, who is tied for the nation’s lead with 7.5 sacks, has not been achieved overnight. Whether it’s on the field or watching film, the junior is always looking to improve. Carter also studies NFL players Joey Bosa, Myles Garrett and Khalil Mack.

“To see what moves they’re doing to make me successful and see how I can add some of those things to my game,” Carter said.

If Carter is going to have any chance to add to his 7.5 sack total, Army will have to slow down Wisconsin’s ground game, who averages more than 208 yards per game.

Much had been made about Wisconsin’s top-ranked run defense this week. Army has been equally effective, ranking third in the nation (54 yards/game).

“He really is a really good football player,” said Chryst during a press conference this week. “I think (he’s) talented, plays with a great motor. There’s times where they will move him (around) but he’s winning on talent and effort. I think they have good players around him.”

“If you don’t stop the run, you won’t win,” Woody said. “That’s a fact. If you stop the run well enough to where you get Wisconsin one-dimensional and throwing it, you just accomplished a really good feat and you gave yourself an opportunity to win.”

Options at QB for Army vs. Wisconsin
Prediction time: Wisconsin