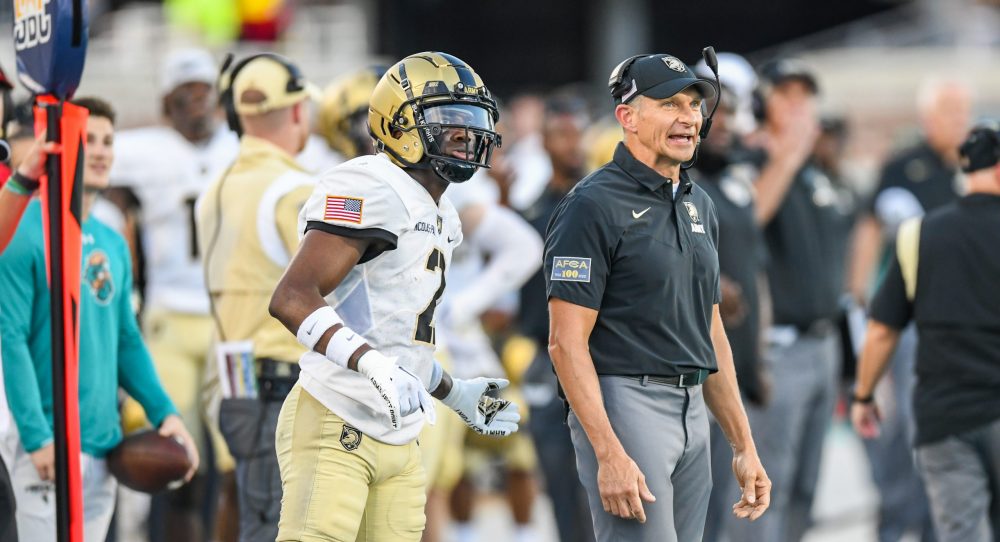 You have to go back 10 years to find the last time Army football was an underdog in a home opener.

Saturday has the makings of similar game. Army is a 2.5-point home underdog to Texas-San Antonio, which is coming off a 37-35 triple-overtime loss to Houston.

Michie Stadium may be perfect setting for an Army bounce-back win. The Black Knights have won six straight home openers and are 32-5 at home since the start of the 2016 season.

UTSA quarterback Frank Harris accounted for 400 yards, including 337 through through the air against Houston. Harris threw a touchdown pass in Army’s 28-16 victory over UTSA in 2020.

Current Army quarterbacks Cade Ballard and Tyhier Tyler made their college debuts in the 2020 win.

Sal Interdonato (Black Knight Nation): Army 34, UTSA 30. Long, time-consuming drives, sacks and forced turnovers were missing in season-opening loss at Coastal Carolina. Army gets enough of each this week to edge the Roadrunners.
Brendan in Jersey: Army 27, UTSA 20. I looked to history last week and got horribly burned, so let me try it again. UTSA (and Frank Harris) has never beaten Army, whereas Army has beaten UTSA with Tyler and Ballard at QB (pretty much the start of the ongoing controversy at the position).
James (As For Football): No predicted score. Prediction – The defense shows up a lot better than last game.