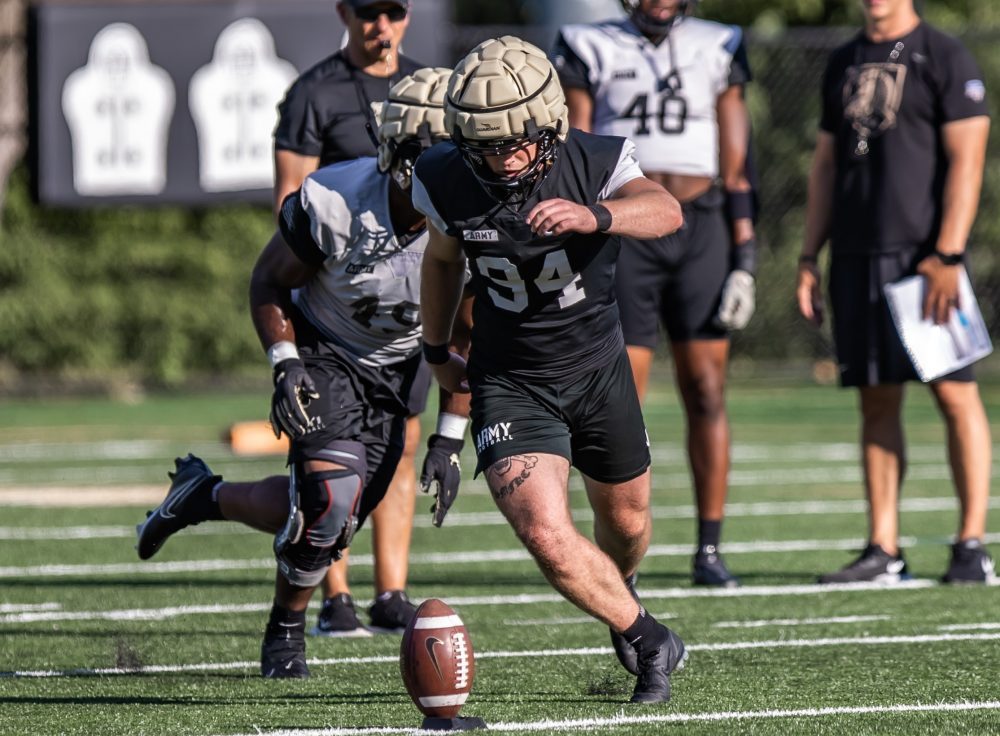 Army and Coastal Carolina is one of the most intriguing matchups of the first full slate of 2022 college football And, their first meeting is more than five years in the making.

When Army agreed to a four-game series with Coastal Carolina, the Chanticleers were starting their first season of Division I-A football in 2017. Don’t know if anyone could have predicted then the success that Coastal is riding after back- to-back 11-win seasons.

Army has enjoyed its share of success over that stretch in its own right with consecutive nine-victory years.

Quick math, the teams have 40 combined wins over the past two seasons, the most of any first-week matchup.

The game features two of nation’s top players on opposite sides of the field in Coastal Carolina quarterback Grayson McCall and Army linebacker Andre Carter.

Army is 6-2 in season openers under Jeff Monken. The Black Knights are looking to start their season off with a win for the third straight time.

Army opened as a 3.5-point road underdog. The line is currently down to 2 in Coastal’s favor.

Sal Interdonato (Black Knight Nation): Coastal Carolina 28, Army 27. Should be a game where the last team in possession wins. Might come down to defense creating a turnover or offense making a mistake in determining the outcome.
Brendan in Jersey: Army 34, Coastal Carolina 24 – “It’s an admittedly small sample size (2-1), but Jeff Monken’s Army teams have a knack for big surprises when opening on the road. Coastal has had quality teams the past two seasons, but Army hasn’t been far behind, and the Cadets return far more experience, which could prove decisive here.”
James (As For Football): Army 31, Coastal Carolina 28 – “Army offense gets off to a fast start for the season against an option-inexperienced defense. Defense makes enough big plays to seal the win.

Pete Fiutak (College Football News): Coastal Carolina 27, Army 24. Fiutak calls the matchup “one of those fun tone-setter games for the season that’s going to fly under the radar.”
Berry Tremel (The Oklahoman): Coastal Carolina 32, Army 20 – Tremel says on The Oklahoman, “One of the best games of the day. Coastal is a mid-major force and has a great quarterback in Grayson McCall. Army is Army.”