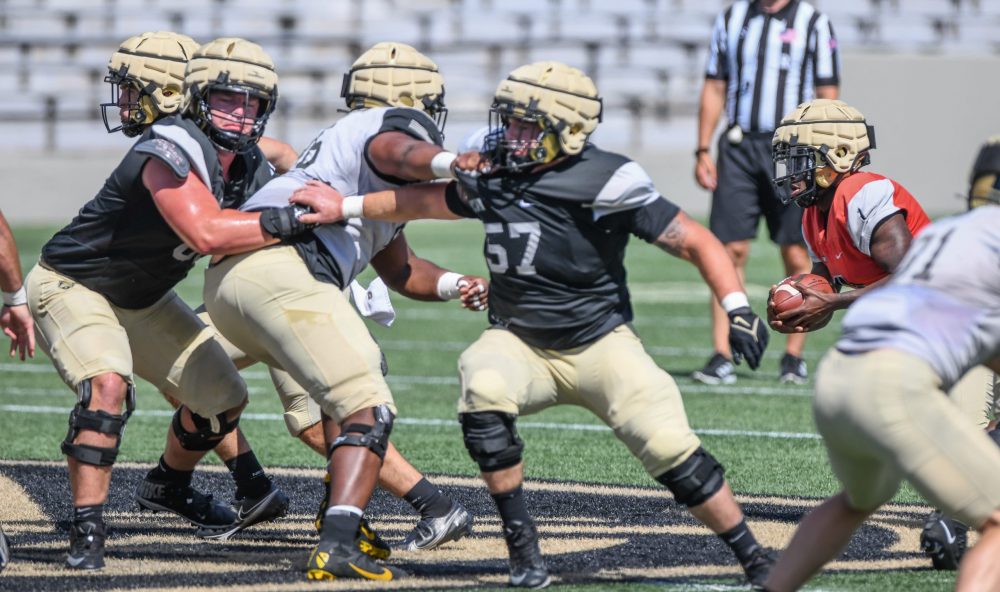 One week ago, Connor Bishop could have been celebrating a West Point tradition with his family and friends.

Any celebration would have to wait until after Bishop, a senior center and co-captain, and Army’s offensive linemen watched two hours of films following the team’s final preseason scrimmage.

Offensive coordinator Brent Davis came down from the coaches’ box and laid into the offense for its execution. It was Bishop that called the film session.

“That’s how dedicated this team is to winning,” Army senior safety and co-captain Marquel Broughton said.

Army has won nine games in each of the last two years. Will Army eclipse that mark this season? The Black Knights will find out a lot about this year’s team in the season opener at Coastal Carolina Saturday. Regardless of the outcome, Army will keep pushing on behind their two captains.

Bishop and Broughton haven’t just earned the respect of their teammates. They held positions in Corps of Cadets leadership. Broughton is one of four regimental commanders (in charge of more than 1,000 cadets). Bishop is a battalion command sergeant major (in charge of 400 cadets).

“Marquel and I have had a lot of discussions with the senior leadership at West Point and as well as coach Monken, Col. Reed and Col. Boyer of showing a presence in football and being leaders down at the hill,” Bishop said. “We carry on that goal of not just leading in football but everywhere.”