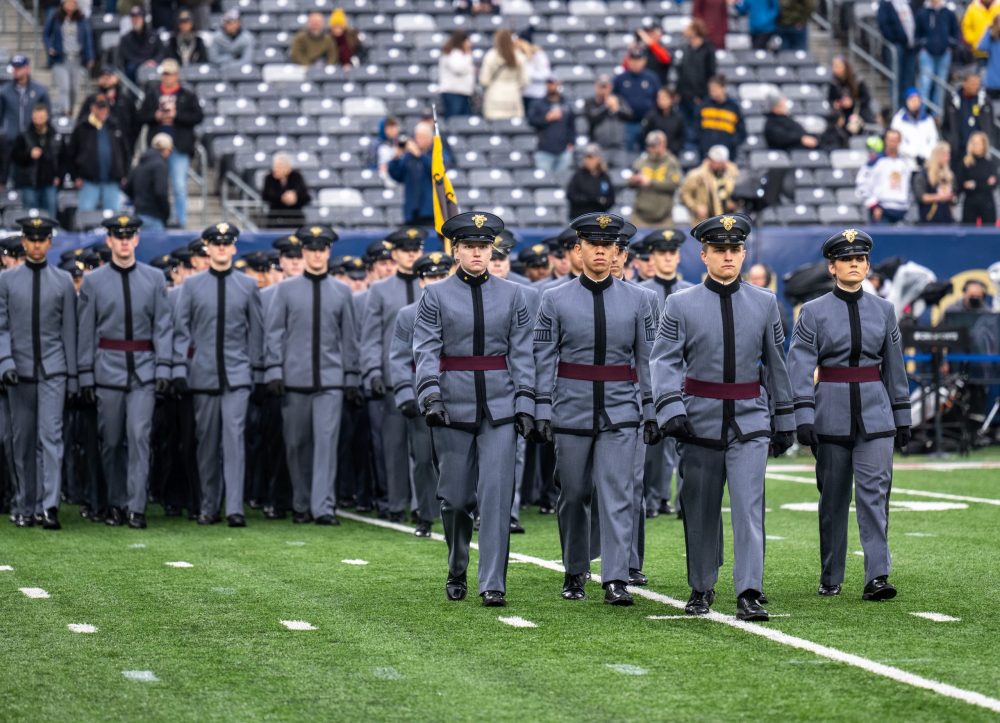 Don’t think we’ve seen the line for the Army-Navy game move as much as it has for the 123rd edition Saturday.

Army opened as a 4.5-point favorite and is currently a 2.5-point underdog.

The Black Knights (5-7) enter with a better record. But, some say Navy (4-7) has played a tougher schedule. The Midshipmen knocked off No. 17 Central Florida 17-14 the last time they took the field. That was three weeks ago.

Two of Army’s losses have come to 11-win and currently Top 25-ranked teams UTSA and Troy by a combined four points.

Points have proven to be at a premium in the last two Army-Navy games with a total of 45 scored. Vegas is predicting more of the same this time with an over-under at 32.5.

Army has scored three total touchdowns in the last three games against Navy. The Black Knights have scored seven touchdowns in their last five Commander in Chief’s trophy games (Air Force and Navy). Army will need to play better second-half football to leave Philadelphia with a win and .500 record. The Black Knights have been outscored 109-55 after halftime in its six losses this season.

Sal Interdonato (Black Knight Nation): Army 20, Navy 17. Little high scoring considering the recent history in this series. Counting on Army’s defense creating game-changing turnover as the difference.
Seth Mendelson (Black Knight Nation): Navy 24, Army 10. The best show in town and one that always shows the true nature of college athletics on the football field. This year, Navy’s experience holds the edge against a determined Army team. It comes down to turnovers and Navy wins that battle and the game.
Brendan in Jersey: Navy 14, Army 13. More than any other statistic or analytic, the fact that Army has neither beaten a superior opponent (or even a near-peer), nor won a close game this season, while Navy has done both, tells me that the Midshipmen are the more prepared team for this year’s matchup. That said, in 17 out of the last 19 contests, the team with the better win-loss record coming in has won the game. So, Army getting points is a probably a smart bet but I’m prepping myself for more heartache.
Steve Kriepe (Crawdad’s Countdown to Kickoff): Army 17, Navy 14. This will be a low-scoring slugfest in the trenches, which has been characteristic of Army-Navy games in recent years. With Navy’s stout run defense, Army must be able to successfully complete an occasional pass to exploit Navy’s vulnerable passing defense. Quinn Maretzki redeems his recent missteps with a field goal providing the margin of victory.