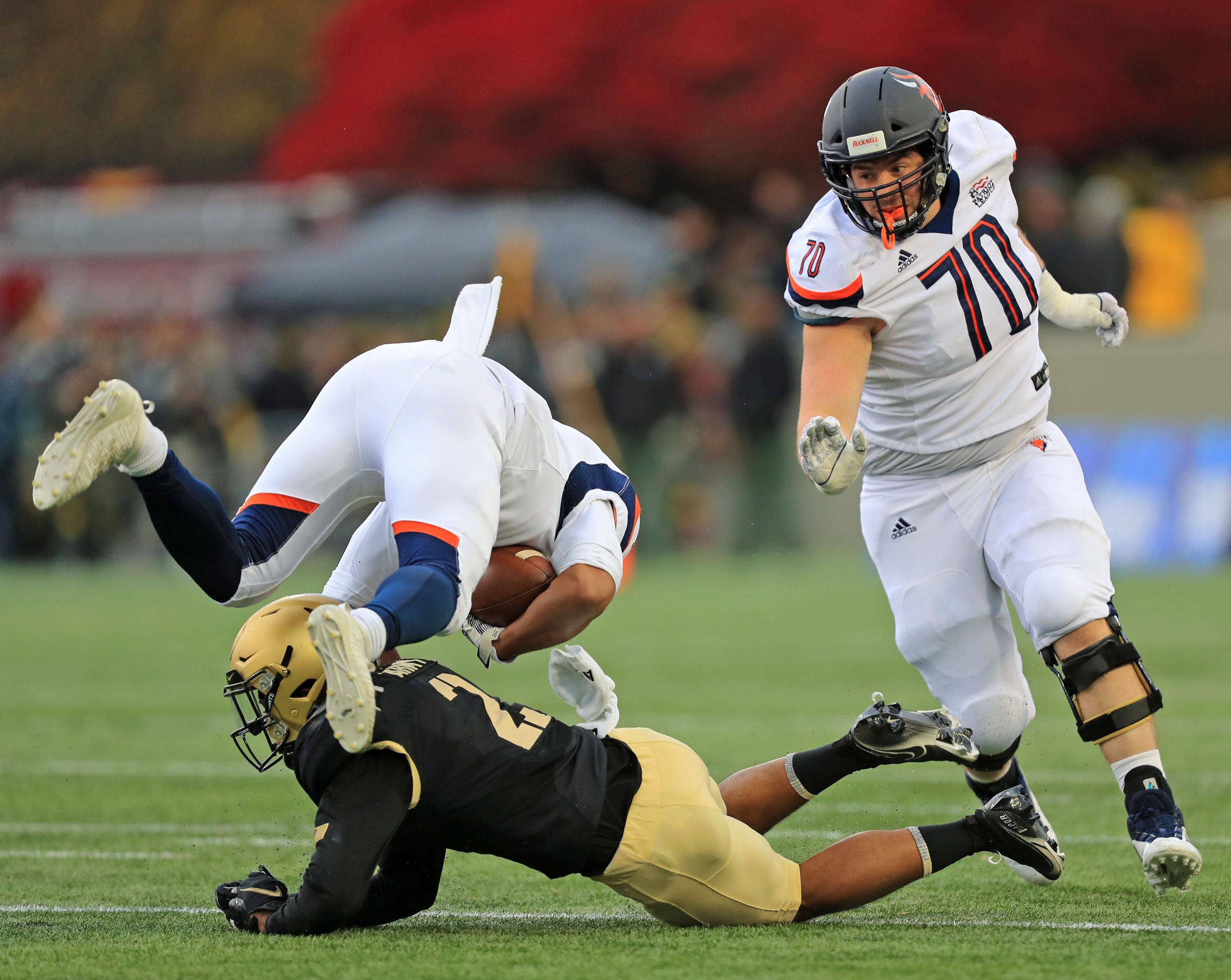 Andre Carter and Army’s defense created a turnover on the opening drive for the fourth time this season.

Everything was going as planned with the exception of one factor. The weather.

A beautiful fall afternoon that turned into a lightning hail storm during halftime, causing a hour delay.

When action resumed, Army’s second team and reserves continued the strong play in a 63-10 victory.

As Army lined up for its postgame tradition, there were enough band members left from a cleared stadium to play the alma mater, celebrating another Michie Stadium win and clinching a bowl berth for the fifth time in the last six years.

“It was definitely something different,” Army senior linebacker/defensive back Malkelm Morrison said. “It was my first time having a weather delay. The mindset in the locker room during that whole time was still very honed in and locked in. Everybody was asking questions on the board and making sure we knew what to do when we went back out.”

Six quarterbacks took snaps for Army (6-3). Ballard was the fourth quarterback to play behind starter Christian Anderson, Tyhier Tyler and Jabari Laws and started the second half. Jones scored a rushing touchdown in the fourth quarter. Bellan rushed two times for 16 yards.

“The first team definitely went out there and did there part and everyone else, they didn’t want to let their foot off the gas,” said Marshall, who caught a 22-yard touchdown pass from Laws. “You don’t want a dropoff from your first team to second team. We just have a standard overall whether you’re first team, second team or third team. You just have to live up to that standard, perform and execute perfectly.

Carter picked off Ethan Grady for his first interception on the game’s fifth play, which led to Anderson’s 5-yard touchdown run three snaps later. He also recorded a sack to become the second player in Army history to have double-digit sack (10.5) in a single season, joining Josh McNary in 2009.

“It was a great first half,” Carter said. “All three phases – offense, defense and special teams – had success and we were able to get the job done.”