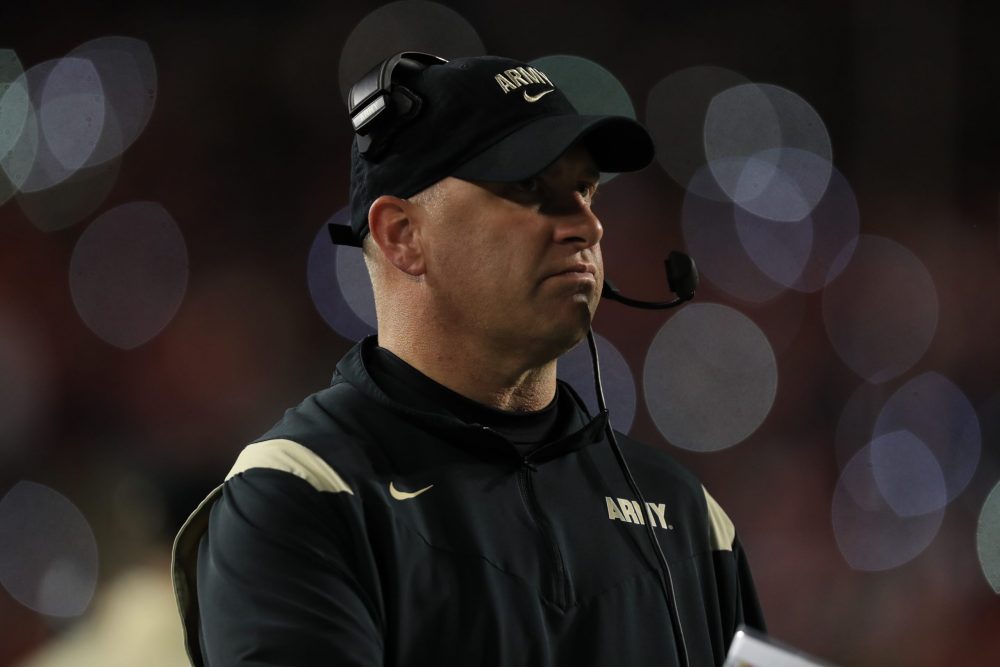 No one has coached more games on the Army football sidelines than Tucker Waugh.

Waugh, in his 20th season as an assistant, recently passed legendary coach Earl “Red” Blaik with his 238th career game at West Point against Wake Forest.

The relationships that Waugh has made with players and staff during the two decades is what makes the milestone even more fulfilling.

“What comes to mind is all the people that I’ve been associated with since I’ve been here, all of the players I have coached, the other assistant coaches that have come and gone, the great head coaches I’ve worked for,” Waugh said on the Black Knight Nation podcast. “It’s really just been the greatest professional honor I’ve had here to work at West Point and I’m really proud of all of the people I’ve been associated with here.”

Waugh came over from Illinois State with Todd Berry for the 2000 season. He was offered and accepted an opportunity to coach wide receivers for Walt Harris at Stanford in 2005. Something was drawing Waugh back to West Point and he returned as Army’s running backs coach in 2007.

“It (Stanford) was a great experience but I really missed West Point,” Waugh said. “We were playing Oregon State in old Stanford Stadium and my son Jackson, who was probably 4 or 5 years old at the time (and is currently attending Army Prep), was behind the Stanford bench yelling ‘Beat Navy’ at the top of his lungs. I figured it was probably a good idea for me to come back here.”

Waugh’s 239th Army game will also be his 20th against Air Force Saturday at Globe Life Field in Arlington, Texas. The atmosphere surrounding a Commander in Chief’s trophy game never gets old.