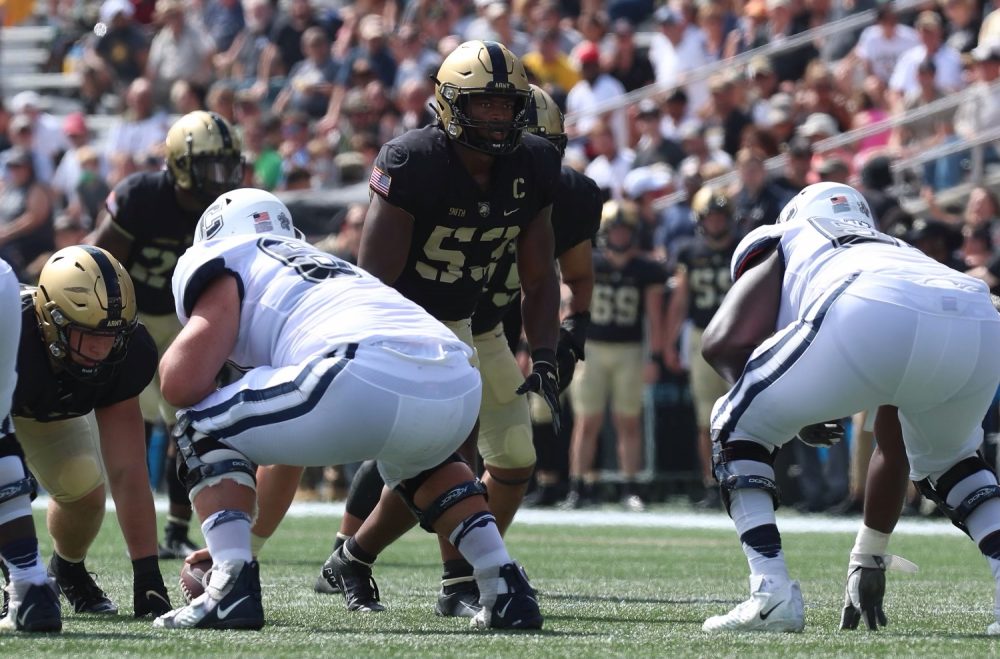 Arik Smith has been one of Army’s most consistently impactful football players since he started his sophomore season.

The senior linebacker was recognized for his accomplishments on and off the field Thursday. Smith was named the Defender of the Nation award winner by the Charlotte Touchdown Club.

The award is given to the military academy student-athlete that exhibits strong leadership, exceptional academics and community engagement.

Smith is the second Army player to win the award, joining Andrew King in 2016. He will be honored at the Brunko Nagurski Award banquet on Dec. 6 in Charlotte.

A team captain, Smith is tied for the team lead with 39 tackles and recently made the 200th career tackle of his career against Wake Forest on Oct. 23.

Off the field, Smith is a youth mentor, speaking at national platforms reaching 150 churches each summer. He also volunteers his time in restoring housing for under-privileged families in the Baltimore area. Smith is also a semifinalist for the Campbell Trophy (academic Heisman).

“For the same reasons his teammates chose him as a captain, Arik Smith is one of West Point’s most respected cadets,” Army coach Jeff Monken said in a release. “His commitment to serve as a leader in the Corps of Cadets, and on our team, is evident in his dedication to personally excel and to inspire others to maximize their potential. He embraces the balance of his responsibilities as a cadet with the grueling schedule of a Division I football player with an uncommon steadiness and professionalism.

“Whether serving as a reliable company-mate in the Corps, an academic tutor to classmates, team captain and leading tackler on our team, or the many community events he has volunteered for, Arik Smith stands out. We are all incredibly proud of Arik for earning this year’s Defender of the Nation award. He is most deserving.”