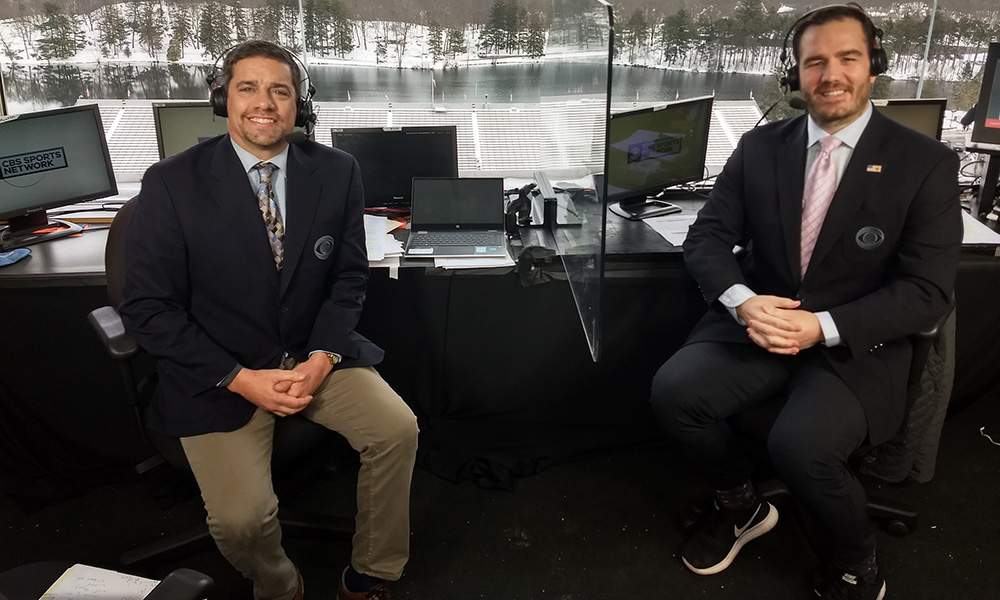 Tucker, the host of The Ross Tucker Podcast, shared his appreciation for the Armed Forces and calling Army football games. Tucker’s grandfather was a captain in the Army and served in World War II. His mother was born in Fort Lewis, Wash. and graduated from Fort Knox, Ky.

“On some level, if there’s a small void in my life, and very small, I really do wish at some point I had served,” Tucker said on the Black Knight Nation podcast. “I have so much respect. My daughters know if we ever see a man or a women in uniform, they know if we are at a restaurant, Daddy is going to pay for their meal. If it’s somewhere, my daughters, they are nine and seven, Tess and Helen, they are trained to look them in the eye, shake their hands and say, ‘Thank you so much for your service.’ They will tell me sometimes they will say, ‘Dad there’s a soldier over there.’

“For me not having served and being able to shine a spotlight on these guys and really the entire academy is a some small part, I feel like I’m giving back or I’m part of it. Not to any extent that they are and putting the time in and serving us. I think I do my part by shining a light on what they did.”

Army’s 2020 bounce-back 9-3 season was important in establishing Jeff Monken’s imprint on the program.

“I’m not an Army historian but I have to imagine that it was one of the more special season in Army football history and I see that because after what happened in 2019 with a disappointing year,” Tucker said. “After everything they had accomplished in 2016, 2017 and 2018, I really think the onus was on the 2020 group and the seniors to show what Monken had built was a sustained program and sustained excellence and it wasn’t just one group of guys that came through. That can happen sometimes.

“I think about that Georgia Southern game. I think about obviously the Navy game, which I called on the radio for Westwood One and the Air Force game on TV, back-to-back games at Michie Stadium, Army-Navy speaks for itself. Commander in Chief’s trophy on the line and both games close and incredibly exciting games.”

Tucker believes senior linebacker Jon Rhattigan has a legitimate chance to make the Seahawks after agreeing to a free-agent deal.

Tucker said he contacted a few NFL scouts about Army senior Sandon McCoy and thinks the fullback should receive some consideration.

“I think Sandon McCoy is an NFL prospect,” Tucker said. “He was a tremendous blocker without the ball, which is the primary thing they want from a fullback and every once in a while, they want to be able to throw you the ball and he can do that. He’s good with the ball in his hands. He kind of reminds me of Kyle Juszczyk for the Niners, a Harvard guy. Hopefully, Sandon gets a shot at a rookie mini-camp.”

For the entire podcast with Ross Tucker, click below:

Rhattigan signing with Seahawks
Army, Notre Dame to play in 2024