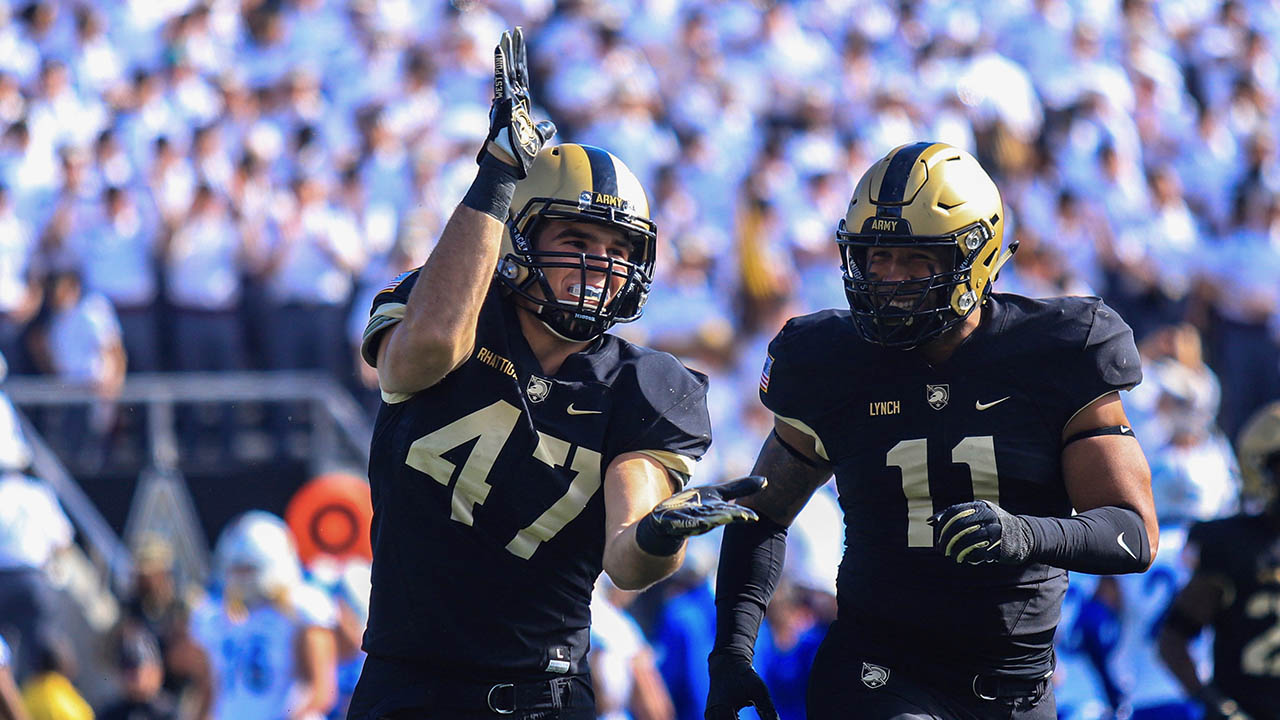 From first-year starter to the NFL, Jon Rhattigan’s incredible story continued Saturday with multiple outlets reporting that the Army senior linebacker will be signing as a free agent with the Seattle Seahawks.

Seattle was one of the teams that showed interest in 6-foot, 236-pound Rhattigan before the draft. Tom Pelissero of The NFL Network was one of the first to report the news.

Rhattigan stepped into the starting role and was game-changer in Army’s No. 1 ranked defense. A special teams ace as a junior who played just 21 defensive snaps before the 2020 season, Rhattigan was equally up to the task against the run or pass, tying with team-high 77 tackles (in 11 gams) and intercepting two passes, including one for a Pick Six.

Rhattigan, who was recently named the team’s 2020 most valuable player, was rated among the nation’s top linebackers by Pro Football Focus College throughout the season. He earned second-team all-American honors from USA Today.