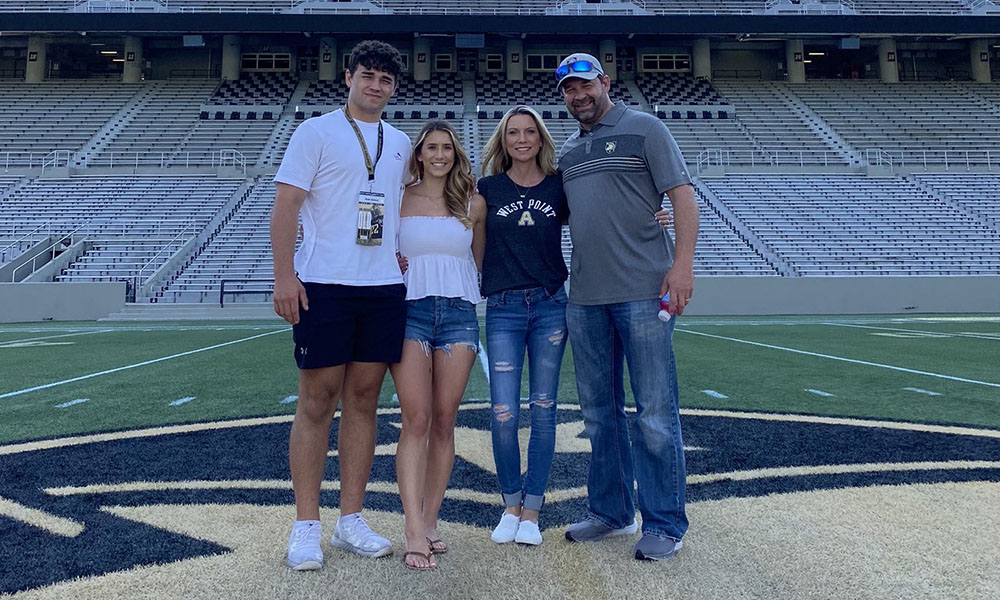 Joe Gerena went to bed on the eve of the 1998 Army-Navy game, envisioning his opponent’s defensive scheme.

Gerena, then Army’s No. 2 quarterback, dreamt that the Midshipmen defense would try to surprise their service-academy rivals. Prior to the game, Gerena told Army offensive coordinator Ed Warinner that he thought Navy would switch from a four-man to an odd (three man) front.

Sure enough, Navy came out in an odd defense. After starting quarterback Johnny Goff struggled in the first two series, coach Bob Sutton made the move and inserted Gerena. He responded on his first drive with an 69-yard touchdown run. Army would defeat Navy 36-31 and Gerena would be named the game’s most valuable player.

The MVP plaque currently hangs in Gerena’s office as he talks about the best times of his college career and his son, Brett, a freshman linebacker, continued the family’s Army football tradition.

“When they put me in that third series, it was like I had already played the game,” Gerena said of the 1998 Army-Navy game. “I had seen it. I can remember the play call coming in. With the play call depending on how they played the defense, we had to make blocking changes and checks. I can remember the call coming in and making the check on the perimeter. We were running a double option and I hit the seam and I’m 68 yards down the sideline just because I made the check.

“I will never forget it (that game) for sure. I can pretty much replay every play in that game in my mind.”

Now, Gerena and family set their travel plans for Army home games, hoping to see Brett contribute for the Black Knight. They received a phone call from Brett Sunday as freshman cadets were allowed a four-hour window to connect with their families after three weeks of boot camp and military training.

“It was great to have 10-15 minutes talking to him and seeing him on FaceTime,” Joe Gerena said. “So much has changed over the years with technology from that aspect and trying to get a spot on the pay phone and hoping you could get a collect call home.  Now being able to see his face when you are talking to him  and him turning the camera around and showing his equipment and locker, it was great. I was good with it. It was great to talk to him but it was definitely nice for his mom to get that face to face time. He showed no signs of any type of homesickness.”

Click on Joe Gerena’s interview on the Black Knight Nation podcast below for more insight on the second generation Army football family.