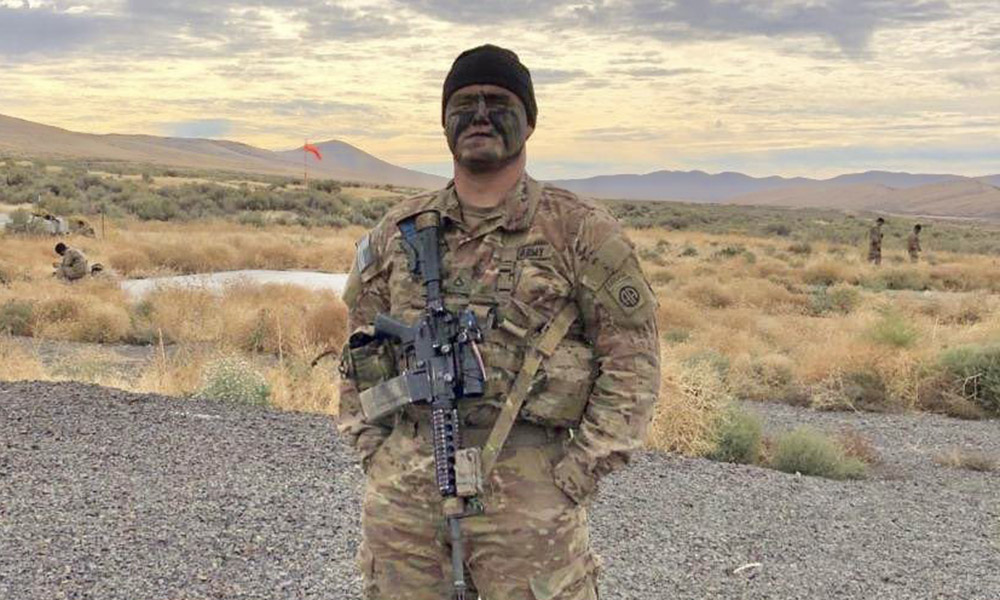 Jono Horvath is not your typical Army freshman football player.

The Maitland, Fla. native was a freshman reserve offensive lineman on Central Florida’s 2017 undefeated 13-0 season. Horvath chose to leave college football in January 2018 for another calling – the United States Army. He enlisted and served active duty as a combat medic specialist in the 82nd Airborne Division from March 2018 until July 2020 when Horvath reported to Army Prep.

“(Jono) brought a very mature, yet intense feeling with him everywhere,” Army Prep football coach Andy Wolfrum said. “Having the experience of playing college ball AND serving in the Army made him right at home when he arrived and the guys gravitated toward that. The energy he brought to the weight room was unmatched.”

Horvath walked on to the Army Prep team. Wolfrum had no idea who Horvath was during the walk-on tryouts.

“We saw him kick slide, and we (coaches) said, ‘Wait a minute, do that again,’” Wolfrum said. “It didn’t take long to realize he was talented and had some real experience. Couple that with his military background and his personality, and it made him a locker room leader immediately.”

Horvath is continuing the Long Gray Line in his family. Brother Jordan is a 2018 West Point graduate and was a Rabble Rouser for three years.

“The kid is a monster in the weight room and a natural leader,” said Jordan Horvath, who hosts the As For Football podcast. “I’m excited to see him play.”

You have to go back more than a decade to find the last Division I-A transfer to make an impact on the Army football program. Defensive lineman Ted Bentler (2007-08) started his college football career at Iowa and united with his brother Fritz, also a defensive lineman, at West Point.

Army has a second transfer among its freshman class. Karsonne Winters redshirted as a safety at Portland State in 2019. He opted out of Portland State’s 2021 spring season.

Cornerback Chris Joines and defensive lineman Trey Moore were listed among Army’s released freshman list. Both Joines and Moore announced on Twitter around R-Day that they would not be attending West Point.