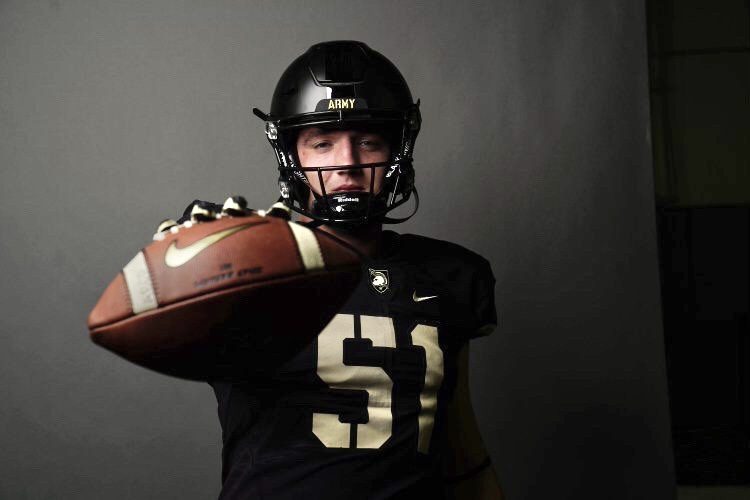 Dec would visit Navy, Air Force, Colorado State and UMass following his first trip to West Point on June 11. During every visit, Dec would reflect back to his Army experience.

“I just felt at home (during the Army visit) and it was something that I carried with me to other visit,” said the 6-foot-4, 250-pound Nease (Fla.) tackle. “I had a great time and loved everything about it. They were very hospitable and loved me. It felt like home. It just felt like I wanted to go there. Not that the other academies are bad but Army just felt right for me.”

Dec hit it off with Army’s coaching staff and fellow offensive lineman Noah Knapp during his visit.

“I was just blown away about how interconnected and intertwined they (the football players) were with each other and those around campus,” Dec said.

Serving in the military is a part of Dec’s DNA. His grandfather was in the Air Corps during World War II.

“I think it’s (the service commitment) great,” Dec said. “I have a guaranteed job coming out of college and I’ll be serving my country.”

Curtis Whiting became Army’s first New Jersey commit of the 2022 class when he announced on Instagram Tuesday night that he’s given his verbal commitment to the Black Knights.