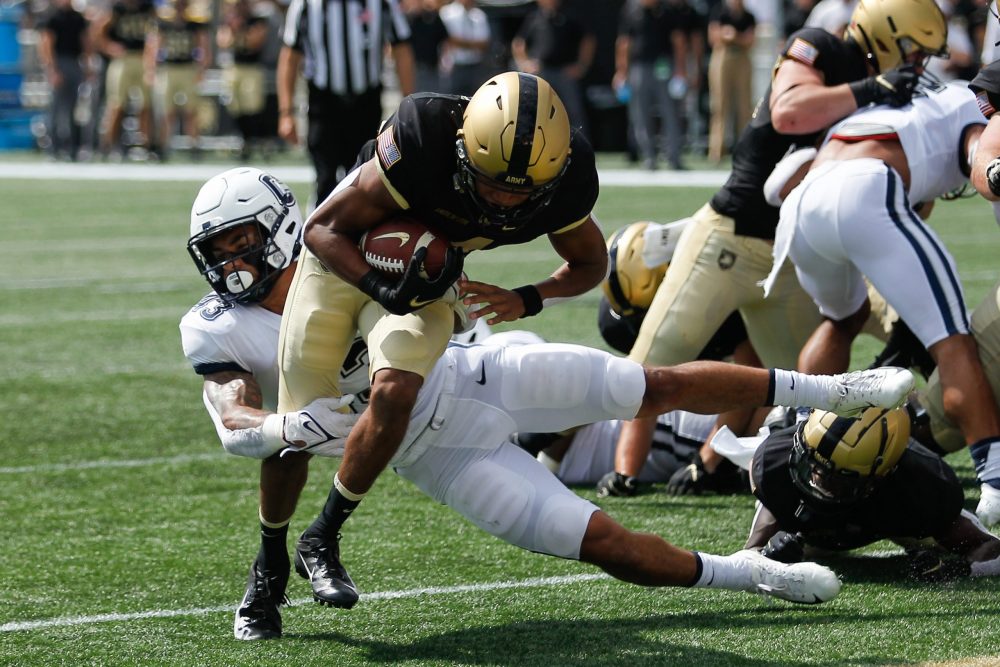 “He played 53 snaps and that’s far away the most football that he’s ever played,” Davis said of Barczak. “He earned every snap that he took because he practiced really well last week.”

Davis said that Robinson’s run will be on a clinic tape.

“That play, we blocked about as well as you can block,” Davis said. “That goes from the guys that lined up at receiver and got to the right guy, the slotback that got to the safety. It just so happened that it went to a guy that could finish the run and take it 70 yards.

Army scored a touchdown on its first six drives. Three of the drives were less four plays or less and all took two minutes or less.

Senior guard Zack Ward played 43 snaps in his first start. Ward and tight end Josh Lingenfelter were the only starters to play in the second half with 19 and six snaps respectively.

Stat of the week: Christian Anderson has thrown a touchdown pass in each of Army’s first three games. He is the first Army quarterback to accomplish the feat since Zac Dahman in 2005.