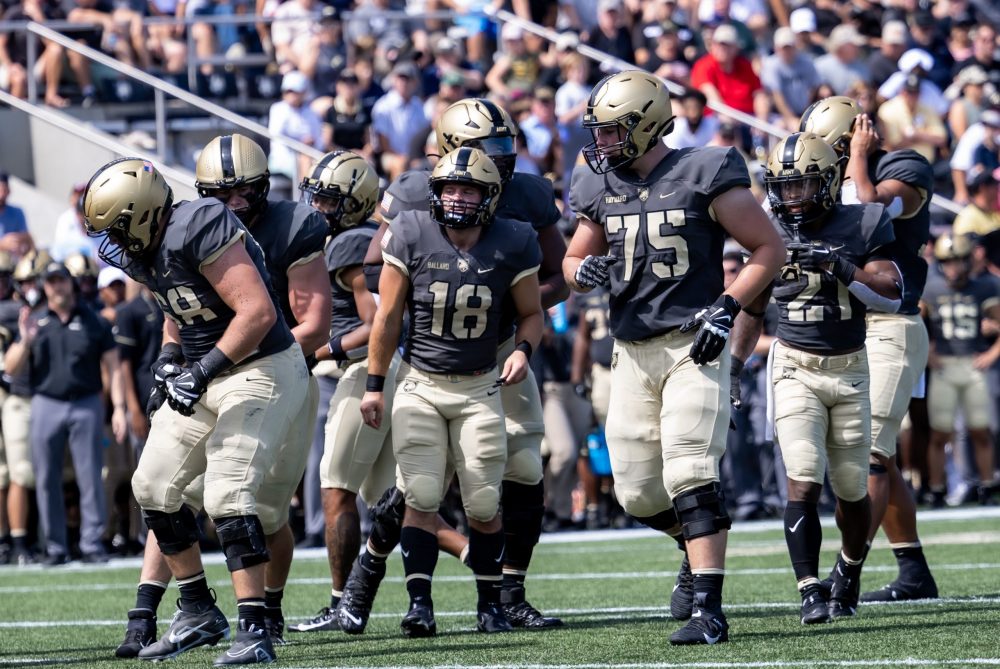 David Hayward experienced a new feeling when he took the field for Army against UTSA.

The junior tackle was inserted into the starting lineup for the first time. And, the close connection allowed Hayward to play all 74 offensive snaps after not taking one the previous week.

Hayward was one of four offensive linemen to play every snap in Army’s overtime loss to UTSA. Center Connor Bishop and guards Jackson Filipowicz and Connor Finucane didn’t leave the field for the second straight week. Hayward’s only previous offensive game experience was 37 snaps against Bucknell last season.

“That’s a difficult situation to go into and I thought he did a nice job,” Davis said. “I think there’s obviously a lot of things that he can do better, things that happened with a lot of multiple looks around him that he’ll do a lot better the next time he sees them and he’ll play faster.”

Davis added, “He’s been getting better and better and he’s got an outstanding work ethic and that gives him a chance to maximize his abilities.”

Jakobi Buchanan’s streak of carries without a negative yardage play ended at 287 rushes when he was stopped behind the line of scrimmage for the first time in his career on a 1-yard loss in the fourth quarter.

Speaking of fullbacks, Buchanan and Tyson Riley have played every snap at position through the first two games. Davis said Army is waiting for a No. 3 fullback to emerge.

“It’s an open competition every day,” Davis said. “We’ve had a lot of guys banged up at that position. I can’t tell you we have one (No. 3 fullback) right now that has said, ‘I’m going to be the next guy. We really need that to happen. We need to have somebody separate themselves and step into that role. We have guys that are certainly capable.”

Sophomore fullback Markel Johnson, who impressed in the spring and was banged up at the end of the preseason, dressed for UTSA. Sophomore Bo Kite and freshman Hayden Reed have seen action on special teams. Sophomore Jarel Dickson is also in the mix.

Thinking Tyhier Tyler may the first Army player to rush for a touchdown, pass for a touchdown and catch a pass in a long time, maybe ever. He’s the first Army quarterback to have a reception in a game since Ahmad Bradshaw (25 yards from Joe Walker) in Nov. 14, 2015. Tyler caught a 6-yard pass from slotback Tyrell Robinson, which was reviewed and upheld.

Here’s a breakdown of the 74 offensive snaps (from DVR):