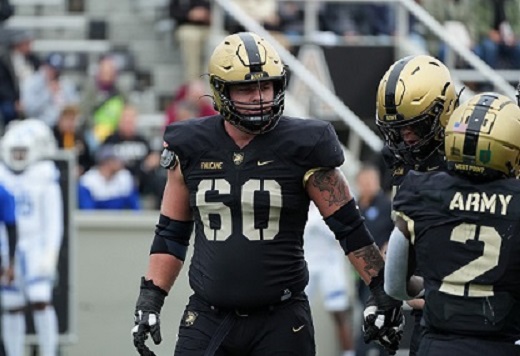 Aidan Gaines, another member of the offensive line, saw the first extensive action of his career, playing 48 snaps at right guard. He took all 42 snaps in the second half at the position.

“He, at one time, was a starter then he got he got injured,” Army offensive coordinator Brent Davis said. “It was really a competition that was ongoing in fall camp and he wasn’t able to finish in the competition. He’s just getting back to where he’s getting closer to 100 percent. He just needs game reps honestly. We feel he’s a fluid athlete, can bend and do things that we need him to do but need him to do that on a consistent basis and the way you get confidence to do that is by doing it against good people in a game.”

Left tackle Simon Dellinger returned to the starting lineup for the first time since Army’s season opener at Coastal Carolina and played 71 snaps.

Tyhier Tyler’s six rushing touchdowns are third in the country among quarterbacks. Tyler only trails Louisville’s Malik Cunningham and Kansas State’s Adrian Martinez, who each have nine.

Sophomore fullback Markel Johnson made his season debut on offense and rushed three times for 18 yards on five plays.

Charted 76 plays on offense. Players, who were on the field for the fake punt are listed separately at the bottom.