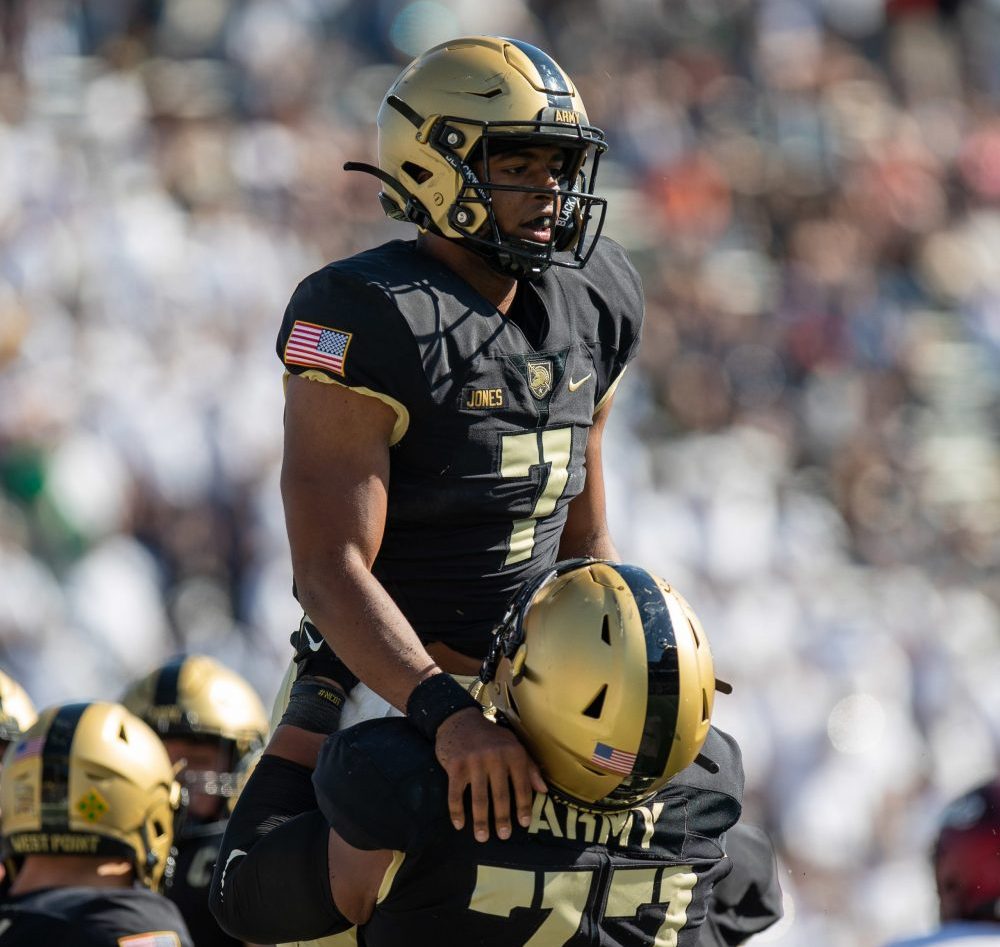 A moment of satisfaction set in for Boobie Law after the final whistle of Army’s win over Colgate last Saturday.

Law had played 51 snaps, tied for the highest among offensive players, in his first start since last year’s Army-Navy game in December.

“At the end of the game, it felt like I was back,” said Law, Army’s junior left tackle. “To play a whole game and help the team, I was just excited.”

“Since the offseason, it’s been a while since I played in front of people and I was kind of missing it a little bit. When I got out there for the first snap, it was go time and back where I want to be.”

Law spent the offseason, recovering from a knee injury that occurred during the Army-Navy game. Law’s preseason goal was to gradually take enough practice snaps to be comfortable playing. He played 10 snaps in place of Simon Dellinger, who was injured, in the season opener at Coastal Carolina, before another injury setback. Colgate was Law’s second game action of the season.

“It was a little bit frustrating,” Law said. “Wake Forest week (Army’s fifth game), I got back into practice, felt good and I thought I was going to be able to play and I wasn’t feeling good for Saturday.”

While Law was working his way back to the field, he was helping and cheering on Army’s offensive line.

“I really love football so it was easy for me to stay inside the game even when I wasn’t able to play,” Law said. “I love helping my teammates and seeing them shine on the field too. The first part of the season, that’s what it’s been all about for me.”

As for the second part of Army’s season, starting with Louisiana-Monroe Saturday, Law wants his work ethic to lead by example.

“I try to be the best that I can be,” Law said. “I worry about every day getting better than I was yesterday.”