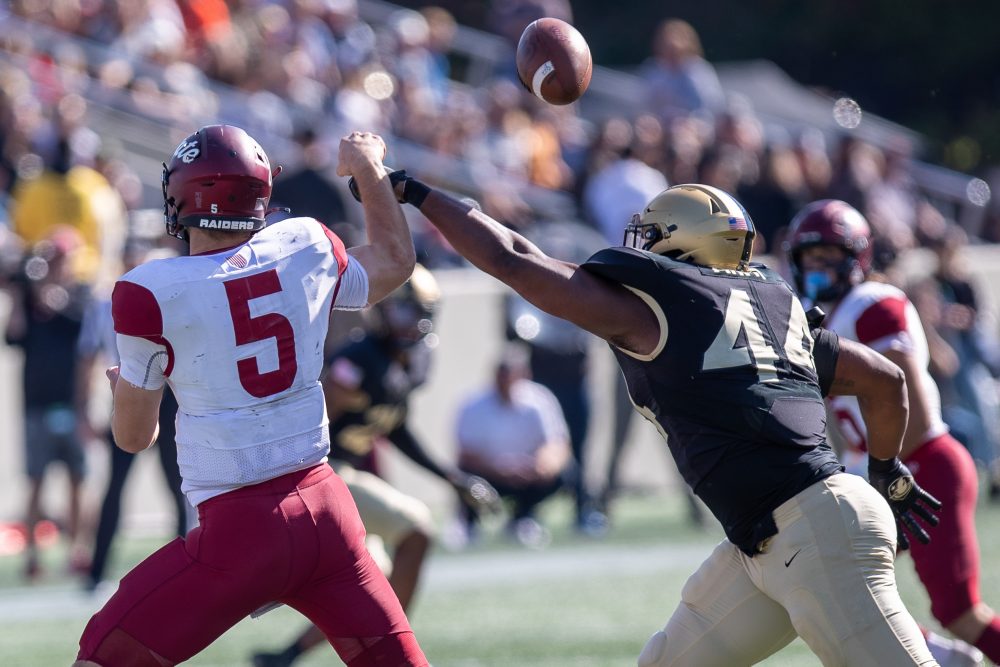 Junior linebacker/defensive back Jimmy Ciarlo led Army in snaps (55) and tackles (8) in a victory over Colgate.

Ciarlo, who has started all six games this season, assisted in coverage that helped the Black Knights hold Colgate to 149 passing yards on 32 attempts.

“Fabrice did a really nice job,” Army coach Jeff Monken said. “He’s one of our best, if not our best, special teams player and to see him go in there and perform like he did on defense, it was great. The guy is a senior and he’s put so much into this program.”

Defensive end Kwabena Bonsu’s forced fumble was an effort play. Bonsu knocked the ball out of quarterback Michael Brescia’s hand as his helmet was dislodged by a Colgate offensive lineman.

How about sophomore linebacker Tyler Rafferty, who was making his season debut on defense, dropping back into coverage and knocking away a pass on the game’s final play