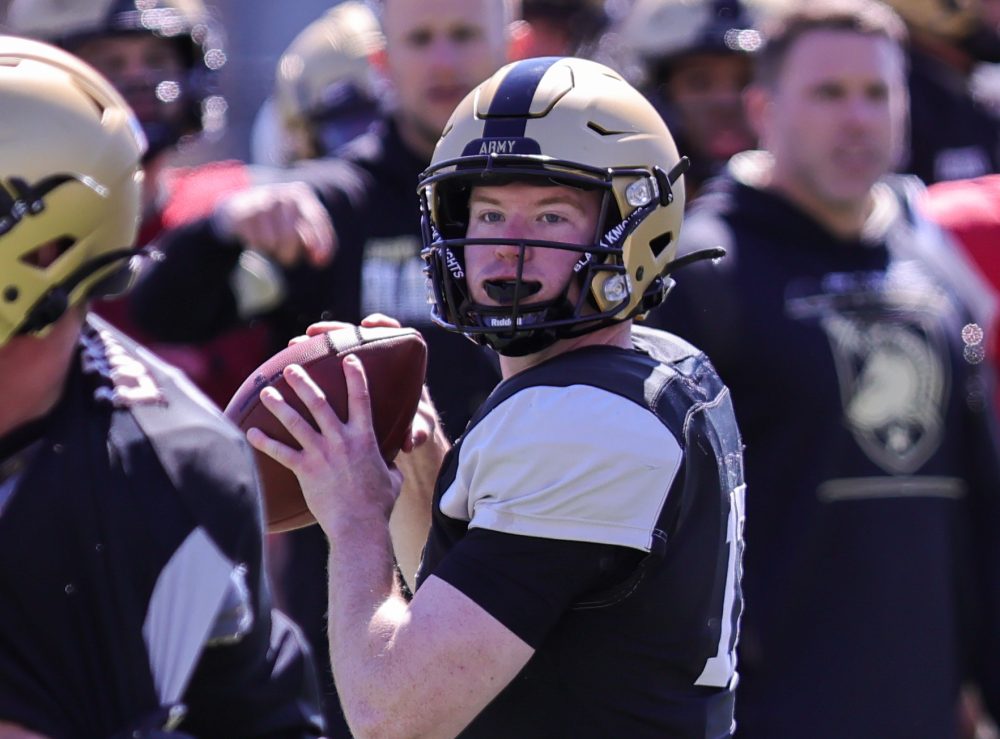 Alex Meredith was studying in his West Point barracks when he received a text message from Army quarterbacks coach Cody Worley two weeks ago.

Worley got wind from some Army players that Meredith was considering coming back to football following two seasons away from the game. Meredith was one of Army’s top quarterback commits in its 2019 recruiting class out of Hanna High School in Anderson, S.C. He attended Army Prep and was the go-to quarterback that fall.

Meredith elected to focus on academics and the military side when he entered the academy in 2020. He didn’t chose West Point solely for football, But, Meredith started to miss it more recently.

“It was a good time for coach to contact him,” said Chuck Meredith, Alex’s father.

Meredith met with Worley and coach Jeff Monken following the text message and told them that he would make a decision the next day on the eve of spring practice. He weighed the pros and cons with his father and brother, Justin, a former tight end at the University of Tennessee. Meredith was on the field `with Army for the opening day of spring practice.

Meredith is catching up to the speed of the game and getting a deeper grasp of Army’s playbook this spring. Jason Tone, Meredith’s offensive coordinator at Hanna, said he possesses, “toughness, athleticism, competitive spirit and superb work ethic.”

“Alex works extremely hard to be great at what he does,” Tone said.  “He is a student of the game and strives for greatness.

“The quarterback position isn’t an easy one to take off from and come back as good as you were before. I’m sure that it will take some time to get back to his former self.  However, I know that he will put in the time and work necessary to get back there as quick as possible.  I have no doubt in my mind that he will be one of the hardest-working players on the team.”

Meredith had chosen Army over offers from Navy and Coastal Carolina. Meredith passed for 6,788 yards and 74 touchdowns and rushed for more than 1,743 yards and 19 scores in his high school career.

A.J. Howard, an Army senior running back in 2021, provided some insight on Meredith’s return:

Army’s Black and Gold spring game will be held on Friday, April 22, The game will be open to the public without restrictions to COVID-19 protocols. A start time has yet to announced but the game has generally kicked off in the evening in the past under Jeff Monken.