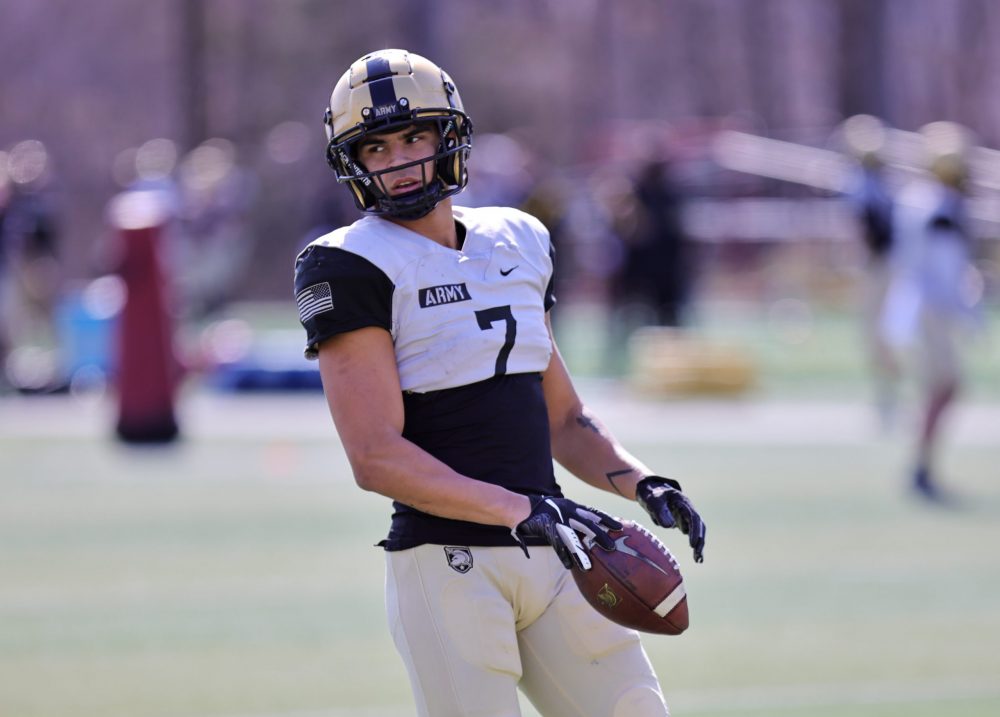 Jimmy Ciarlo’s third-grade entry read “a football player and in the Army – when asked about what he wanted to be growing up.

Ciarlo was hooked on the academy. Now, the Ringwood, N.J. resident, who grew up 45 minutes from West Point, is living the dream as the Black Knights sophomore apache (hybrid linebacker/defensive back).

“Ever since I was little, this was something that I always wanted to do especially being from around here,” Ciarlo said. “My dad took me to a game when I was younger and pretty much as soon as they offered, I wanted to commit immediately as soon I could get on the phone. As soon as I could commit, I wanted to come (here).”

There’s a military background in Ciarlo’s family. His brother serves in the Air Force. An uncle and cousin are in the Army and another cousin served in the Navy.

“His gravitation toward West Point was the first-class education and to serve his country,” James Ciarlo said.

On the football field, Ciarlo is competing for a starting job created by Malkelm Morrison’s graduation. Morrison taught Ciarlo the ins and outs of apache position last season. Ciarlo was recruited as a safety for the Black Knights after playing cornerback at St. Joseph’s Regional High School in Montvale, N.J.

“I really looked up to him,” Ciarlo said. “He was a really great player. Most of all even with technique, he played with no fear and super high energy. He was absolutely relentless.”

Ciarlo served as Morrison’s primary backup in 2021. He took 10 or more snaps against Wisconsin, UConn and Bucknell and was credited with four tackles on the season. Ciarlo looks to add more pass rushing to his skill set this spring.

“Coming from a cornerback background in high school, it’s been great to be able to get after the quarterback a little bit,” Ciarlo said. “I’m excited about that.”