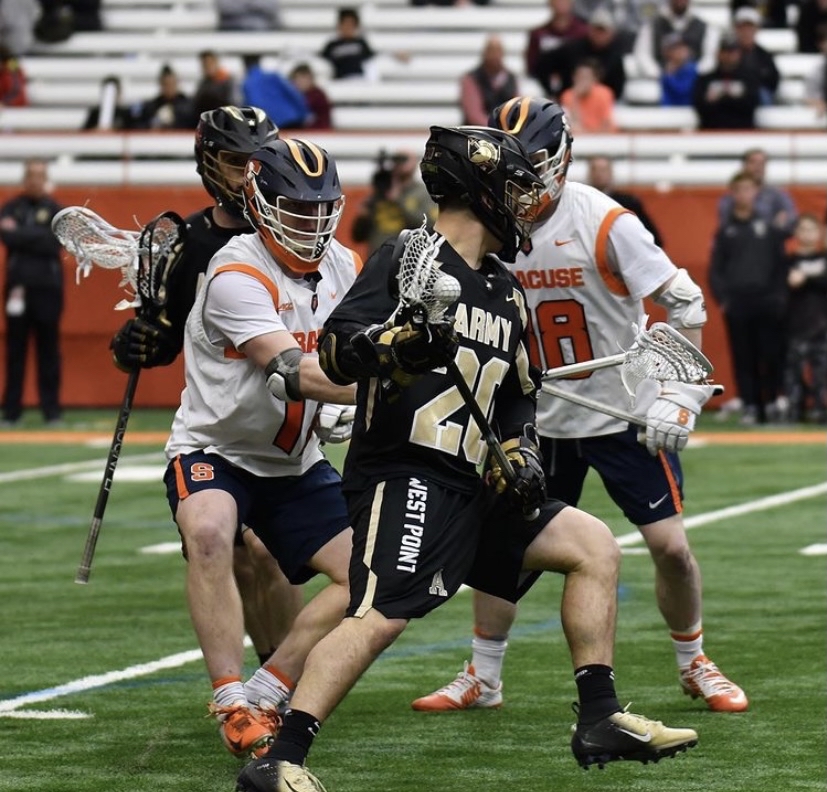 Brendan Nichtern has been the focal point of defenses from the moment he stepped onto the field for Army lacrosse as a freshman.

Nichtern has turned that attention into opportunities for his teammates. And this season, Army coach Joe Alberici believes might be the best in the junior attack’s college career. Nichtern’s 23 goals and 28 assists (in just 10 games) are team highs as the Black Knights prepare for the Patriot League semifinals Sunday at Lehigh.

“They are both so deserving of this distinction,” said Alberici in a press release. “Both being tremendous team players, I am certain they see these individual awards as a collaborative effort of all of their teammates. They are both tremendous competitors and the fact that they compete against each other everyday in practice has excelled their individual development.

““Brendan has been our go to player for all three of his remarkable seasons in a Black Knight uniform. “His continual improvement, unselfish play and leadership has made this season his best thus far. He is intelligent, skilled and has great vision making him a handful for opposing defenses.”

“Marcus has been a disruptive force on the defensive end. He has routinely neutralized opponents top scoring threats and has created turnovers with relentless energy on the perimeter of the defense. Marcus has continued to improve different parts of his game and is without a doubt amongst the nation’s best defenders.”

Nichtern was named Patriot League offensive player of the week four times this season. Hudgins has 30 ground balls and 20 caused turnovers this season.