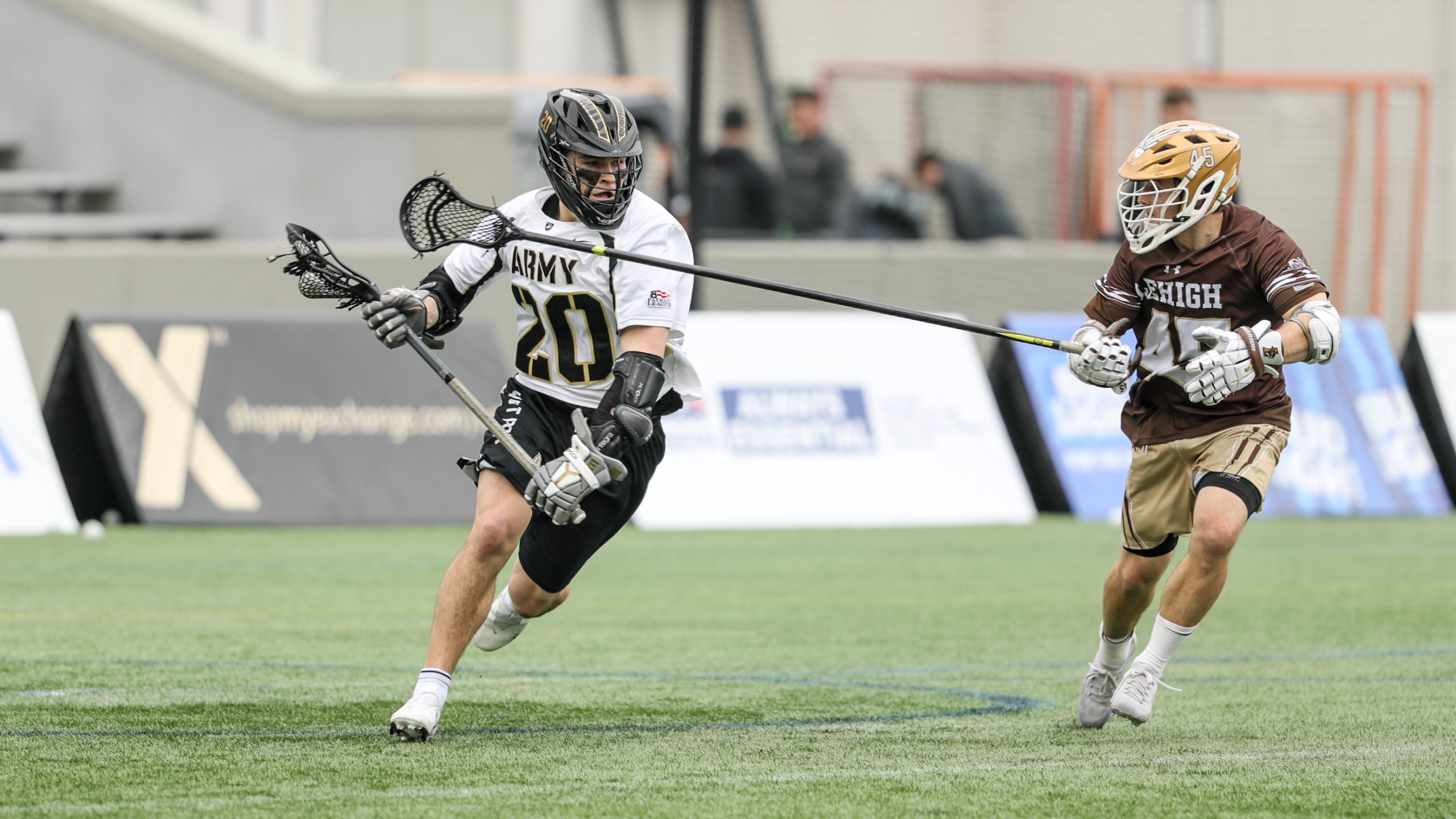 The upcoming weekend is a big one for Casey Reynolds, a freshman wide receiver on the Army football team, and midfielder on the highly-ranked Army lacrosse team.

On Friday, Reynolds will be involved in the Black Gold spring football game, the Black Knights’ annual intrasquad scrimmage that is designed as both a competitive tussle and a job-well-done celebration after 14 spring practices in March through April.

Reynolds will be on the field as Army (10-2, 5-1 Patriot) takes on arch-rival Navy at noon Saturday at Michie Stadium in one of the most important lacrosse games in decades for the Black Knights.

“I’m super grateful for both coaching staffs for letting me do this,” Reynolds said. “Coach (Jeff) Monken, coach (Brent) Davis and coach (Aaron) Smith and everyone over here for letting me play lacrosse and coach (Joe) Alberici for allowing me to be flexible with my schedule with football in the spring.”

Army lacrosse is good this year, in fact so good that the team is ranked fifth in the nation going into its game with Navy (7-5, 3-3 Patriot).

Army has lost to only fourth-ranked Rutgers in early February and a good Lehigh team on the road a few weeks back.

Frankly, Army is normally one of the better Patriot League teams, routinely finishing among the top four in the conference and making its end-of-the-year, four-team playoff with the winner getting an automatic bid into the 18-team NCAA Division I tournament.

Last week, Army knocked off a Top 10 opponent for the fifth time in the last six seasons. The Black Knights shocked No. 5 Cornell on the road 17-10, causing quite a stir in the lacrosse community and making the Black Knights’ last two games against Navy and on the road against league-leading Boston University (9-3, 6-0 Patriot) that much more important.

“I think it’s a great team,” Reynolds said speaking of the lacrosse program. “I love being on it. I think the guys are really bought into what we are doing. We’re big on one game at a time. We just had a big win over Cornell, which everyone was super happy about it. But, everyone turned their attention to Navy and we are super-focused on what’s coming next.”

Army also has road victories over both Syracuse and Loyola (Md.) this season. The team has given up just 126 goals this year and Army’s high-powered offense has five players – senior Brendan Nichtern, junior Reese Burek, junior Paul Johnson, senior Bobby Abshire and junior Jacob Morin – with 19 or more goals. Senior goalie Wyatt Schupler has started all 12 games and has made 151 saves.

Victories against Navy and Boston University should guarantee Army an NCAA spot regardless of how the Black Knights perform in the Patriot League tournament. Winning all four remaining games would probably put Army in the top-8 tier of the national tournament, meaning a first-round home game. It might be safe to say that the next two-plus weeks may be the most important ones to Army lacrosse in decades.

It starts or should I say continues with Navy at noon Saturday at Michie.