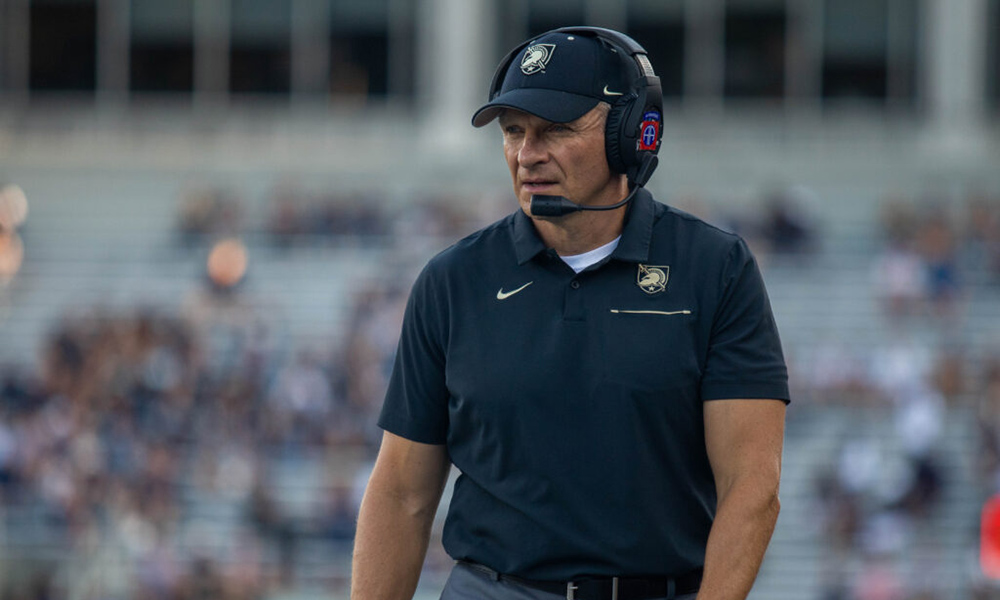 The stage may be different and unique but Jeff Monken expects the same intensity for the 121st edition of the Army-Navy game.

Army is the true home game as college football’s best rivalry shifts from Philadelphia to Michie Stadium. West Point hosts the game for the first time since 1943.

“It’s always such a hard-fought battle,” Monken said. “We’ve prepared for just a really hard-fought football game. The emotion that charges everybody with trying to be their very best just makes it an incredible competition.”

The rivalry isn’t lost on Monken when said practice cones in the word “Beat” were placed next to Navy’s end zone in the north side of Michie Stadium.

Monken hasn’t named a starting quarterback when asked a few times this week. Would be a surprise if sophomore Tyhier Tyler doesn’t get the nod.

Navy is likely to start freshman Xavier Arline, who was recruited by Army.

“We know what a great athlete he is,” Monken said of Arline. “You can see the explosiveness that he has.”