Kwabena Bonsu leading from the front 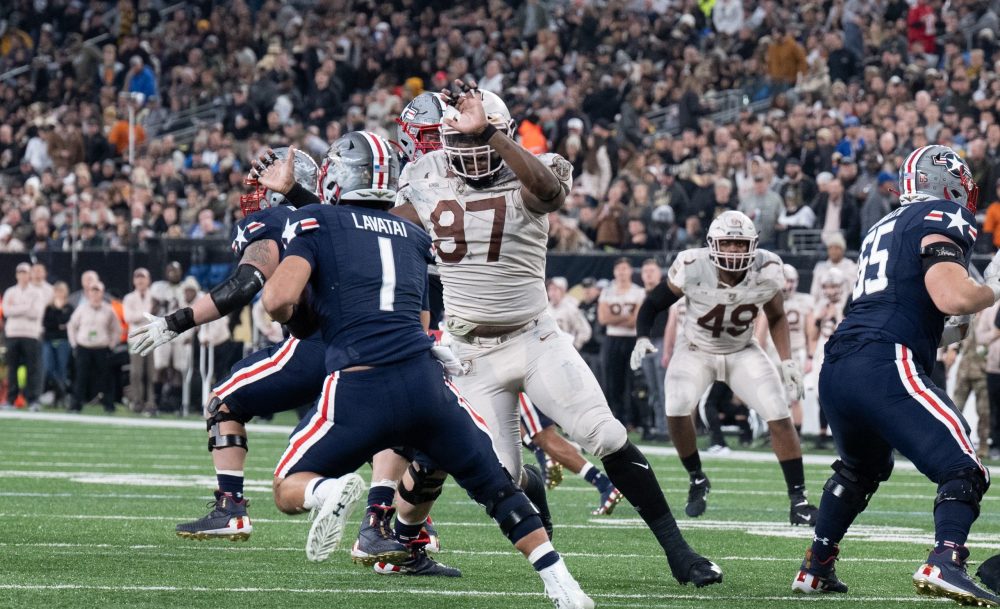 Kwabena Bonsu is one of the most experience players on Army’s roster.

The opportunity to play one more season for the Black Knights is not lost on the defensive end.

Bonsu won’t taking any snaps for granted in the preseason and once the season kicks off at Coastal Carolina on Sept. 3.

“I take it as a great honor and a privilege that I’m able to still be here and show the young guys what right is supposed to look like, how they are supposed to do things and how to be a professional in this game,” said Bonsu, who played in four games his freshman year in 2019.

Bonsu’s preseason goals aren’t as personal this time. He is focused on setting an example for younger and more inexperienced players to follow. Only two other Army defensive linemen have started games – seniors Chris Frey (8) and Nate Smith (2).

“My biggest goal is making sure our position group is the most sound and well versed and that we know exactly what we are doing,” Bonsu said. “I want to make sure that everybody is as prepared as possible for this first game. Once we get to the point where everyone knows what they are doing and are confident in what they are doing, you don’t have to think about it. It’s just a reaction. That’s going to take care of everything else and all of the other goals that we want to accomplish as a defense this year is going to fall in line.”

Bonsu referred to himself as “a steward” of the program’s culture, perhaps a gatekeeper of sorts.

This is Bonsu’s last ride. And, he wants to go out on a high note.